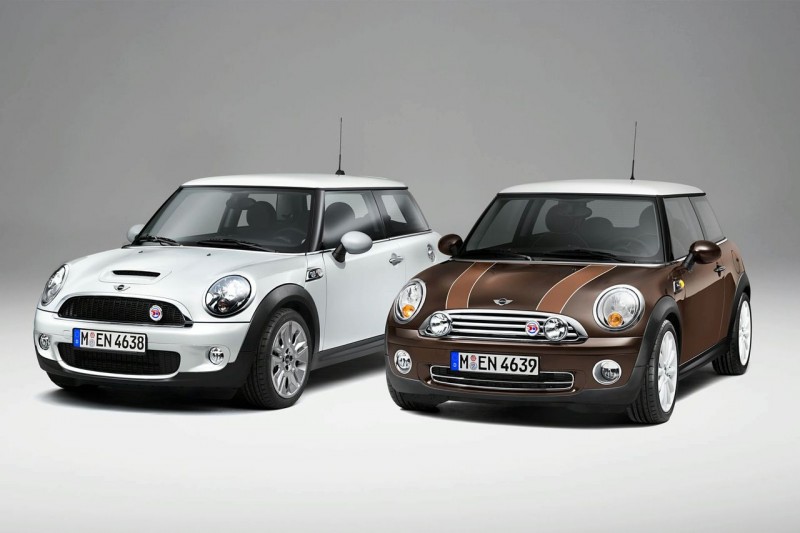 MINI marked 50 years of existence with two anniversary models: MINI 50 Camden and MINI 50 Mayfair. The cars made the debut in the annual meeting MINI Romania, in Bucharest. Each individual anniversary model is unique in its way: special shades of color for the body, special materials and surfaces inside and a range of colors exclusively for MINI 50 Mayfair and MINI 50 Camden.

The special occasion for the couple of versions were produced is marked with the anniversary logo, placed on the grille on the right, and bearing the Union Jack flag colors – red, white and blue. For both models there will be three engine versions: Cooper – 120 HP, Cooper D – 110 HP, Cooper S – 175 hp. MINI says that the cars will stay very well in chapter of fuel consumption, emissions of CO2 respectively. MINI 50 Mayfair and MINI 50 Camden are available for a limited time on the Romanian market.

MINI developed “Mission Control” system and we find from oficial release that: “Mission Control underlines the status of the MINI as a genuine personality in the world of motoring and intensifies the driver’s feeling and impression of interacting directly with the car, the signals coming from the car itself being used to generate new, situation-based dialogues time and again.”

Mercedes has released a performance package for the C63 AMG