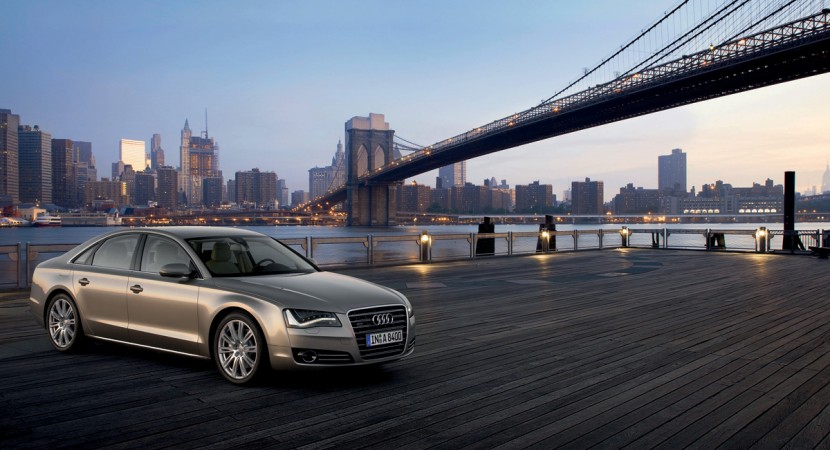 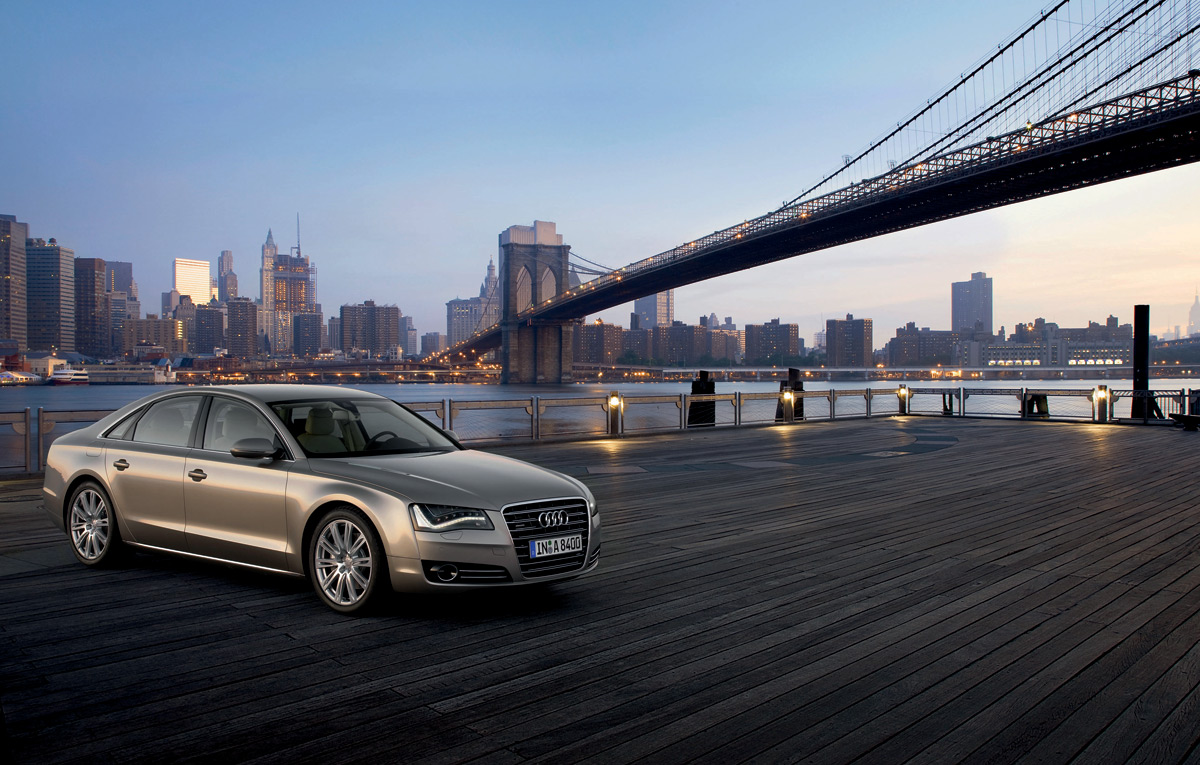 Audi introduced at Miami the third generation of the Audi A8, the most luxurious model of the manufacturer’s range from Ingolstadt. Launched first time in 1994, the A8 has matured and launched on the market with a design that successfully blend sportiness and distinctive elegance. New Audi A8 measures 5.1 meters in length, 1.95 meters wide and 1.46 meters in height. Wheelbase reached 2.99 meters.

The exterior design is borrowed from smaller brothers A4 and A5, but the lines are clear evolved. Specified Audi single frame grille comeback at the current new Audi A8 with a clear outline, angular. Headlights are individualized by a LED wand, which is framed by a series of LEDs. At rear, the same LED technology has been implemented by Audi in the taillights, which will be recognized also very easy on the street.