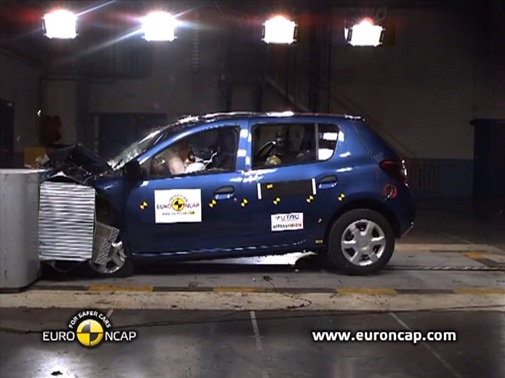 The new-generation Dacia Sandero seems to be safer than the outgoing model with a score of four stars at the well-known Euro NCAP crash tests. T

The cheap Romanian compact model is now safer while still being affordable in Europe. According to the official release, the new Dacia Sandero obtained 80 points for adult occupants and 79 for child occupants.

Pedestrian protection was rated at 57%, one of the lowest scores obtained by the Romanian hatchback. The absence of the electronic speed limiter and also rear seatbelt reminder makes the safety assistance ranking to drop to 55%.

“The bumper scored maximum points for the protection offered to pedestrians’ legs. However, the front edge of the bonnet offered poor protection to the pelvis area,” adds Euro NCAP.

In terms of pricing, the new Dacia Sandero is the most affordable new car in the United Kingdom with a starting price of £5,995.