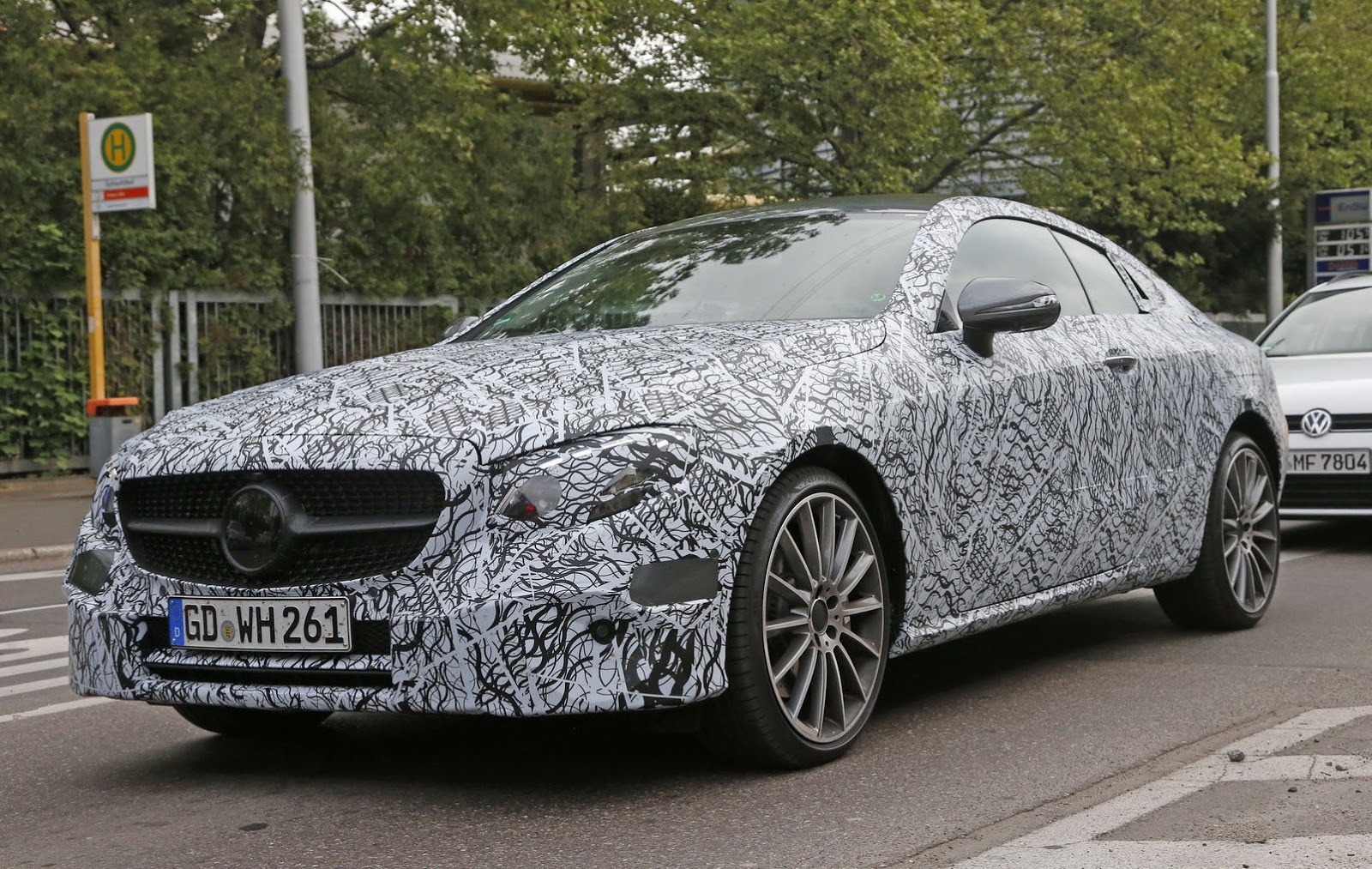 Mercedes-Benz is planning new high-end models, reportedly to debut next year in Detroit, in a desperate attempt to fight back against the likes from BMW high-end luxurious models.

In this sense, the carmaker has sent the future E-Class Coupe for some tests, before reportedly arriving at the 2017 NAIAS, in Detroit, next January. It will thus join the sedan version, the model standing on the same platform.

According to Autocar, the all-new Mercedes-Benz E-Class would arrive on the market in spring 2017, the model sharing its looks with the E-Class Sedan, with borrowings from the C-Class and S-Class coupes as well.

Standing on the company`s new MRA platform, the all-new E-Class Coupe will borrow most of the technology from the E-Class Sedan sibling, including dual-screen digital instrument cluster or up-to-date infotainment system.

In the engine department, the new E-Class Coupe will come with a wide petrol burners and diesels, adding a plug-in hybrid system comprising a 2.0-liter turbo and a high-performance electric motor, the same one found on the E350e sedan.

As expected, the carmaker will also launch two hardcore versions wearing the AMG badges and coming as the AMG E63 and AMG E63 S. Both would use a 4.0-liter twin-turbo V8 engine with unknown power at the moment.

Stay tuned for more details on the upcoming Mercedes-Benz E-Class Coupe, meanwhile, take a closer look at the spy photos with the test mule and tell us if you like the new styling that the future model will be coming with!