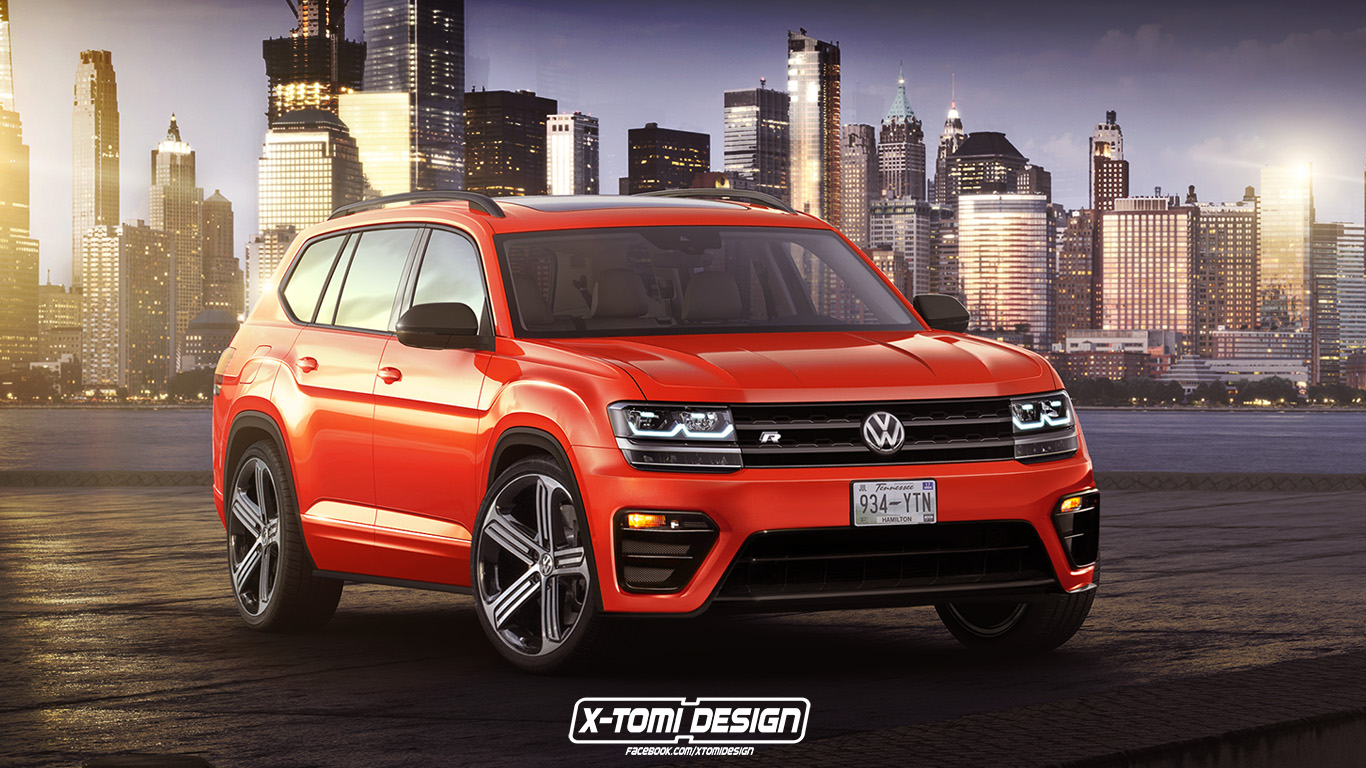 The newly-unveiled Volkswagen Atlas SUV built and sold exclusively in the United States for the time being, couldn`t got away from X-Tomi`s attention and had to be portrayed wearing a much more potent suit in the shape of the “R” version.

Even if such a version is unlikely to be introduced in the near future, it is always fun taking into considerations such realistic renderings. And the one below is showcasing us an extremely imposing, more aggressive and much better looking Atlas R version.

As we can depict from the rendering, the standard Atlas loses the “boring” styling cues in favor of a much sensational and more dynamic attitude, highlighted by the new blacked-out grille wearing the “R” logo, along with a more standout front bumper with the fog lamps for the turn signals, beefier side skirts, updated rear bumper and much more prominent alloy wheels.

Until the odds of such a daring project, our eyes are on the hot-looking Volkswagen Atlas SUV, recently unveiled online and getting ready for an official debut at the 2016 Los Angeles Auto Show, starting the 17th of November.

In terms of technology, the new SUV will comprise the latest gadgetry available on the market today and also found on the rest of the new models within the VW Group, including updated infotainment system, new digital cockpit, smartphone connectivity, state-of-the-art audio system, automatic braking system, adaptive cruise control and the latest safety features.