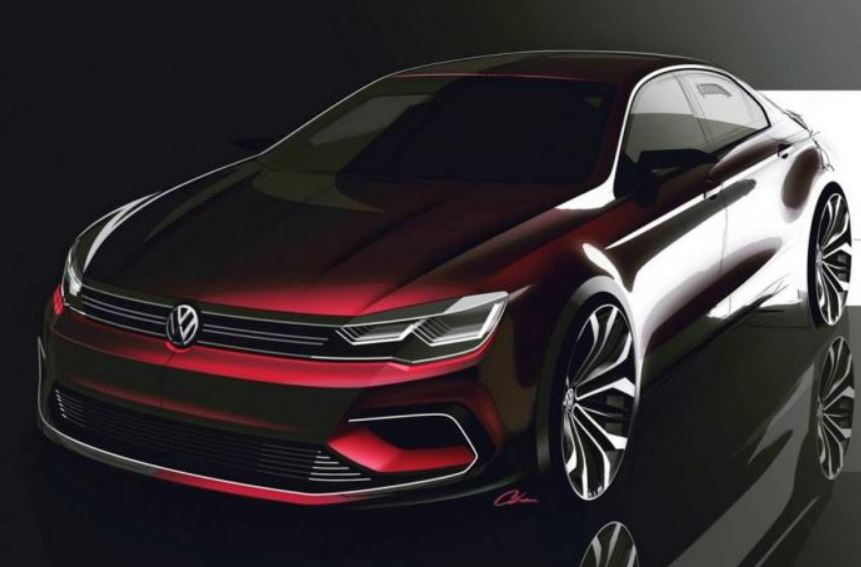 The Volkswagen German automaker has just announced its intentions of launching a New Midsize Coupe Concept at the 2014 Beijing Motor Show.

The Volkswagen New Midsize Coupe Concept has been rendered in some sketches by the lead designer at Volkswagen, Klaus Bischoff.

We are talking about a four-door coupe with some body styling cues taken from the new Golf generation. And rumors state that the New Midsize might actually become the standard production version of the Golf CC.

Other than that, we might state that this interesting Coupe Concept will be somewhere between the Passat and Jetta, with the vehicle being 4,597 mm long, 1,838 mm wide and 1,422 mm high.

Under the hood of the Volkswagen New Midsize Coupe Concept, we might expect to see a four-cylinder TSI unit which would produce 217 horsepower, with a sprint from 0 to 100 km/h in 6.5 seconds.

Inside, the Volkswagen New Midsize Coupe Concept would come tweaked with a new driver oriented interior look. More, the concept will be shoed with some 20-inch alloy wheels.

More details on the New Midsize Coupe Concept will be found this weekend at the 2014 Beijing Motor Show.

Updated News: 2014 VW Golf GTD Might Not Be Hitting the US