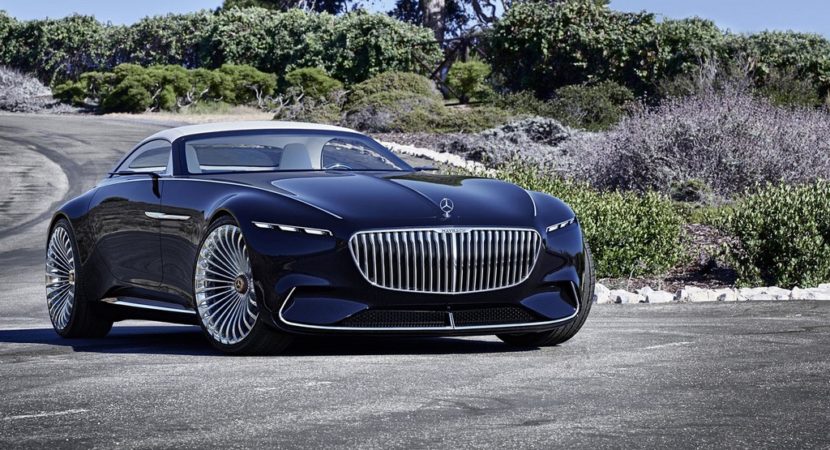 The 2017 Pebble Beach Concourse is opening its gates this Saturday and plenty of carmakers have already announced their participation with exquisite and unique prototypes that may lead the way for future production models.

Daimler will be present at the exclusive event with the long-anticipated and announced Vision Mercedes-Maybach 6 Cabriolet, a futuristic prototype with the most intriguing yet fascinating design language, which follows the same Maybach philosophy.

The new Vision Mercedes-Maybach 6 Cabriolet is also highlighted in a walkaround video below, which gives us a closer look at its exterior design and interior.

The model stands out from the crowd with the extremely long wheelbase – it measures a whopping six meters, resembling a walking yacht, and coming with a dark-blue body wrap in “nautical blue metallic” and chrome detailing. And the design speaks for itself.

The interior is also impressive – it comes with a “360° open-air lounge” sensation, adding the high-end materials, like quilted crystal white nappa leather with Mercedes star buttons, open-pore wood floor with inlaid aluminium, and so on.

Performance wise, the all-new Vision Mercedes-Maybach 6 Cabriolet is powered by no less than four permanent magnet synchronous electric motors, developing 750 horsepower and allowing a sprint from 0 to 100 km/h in less than 4.0 seconds. The official performance figures are not known for the moment.

The Vision Mercedes-Maybach 6 Cabriolet also comes with a 500 km range, with an impressively quick charging system that allows a 100 km coverage in just five minutes. You can admire the car`s exterior and interior details in the video presentation below! 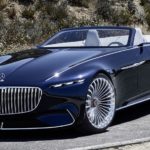 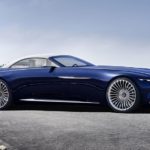 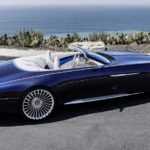 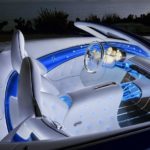 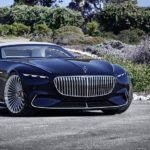 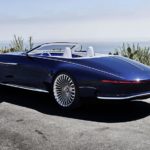 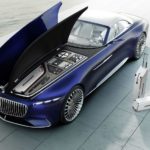