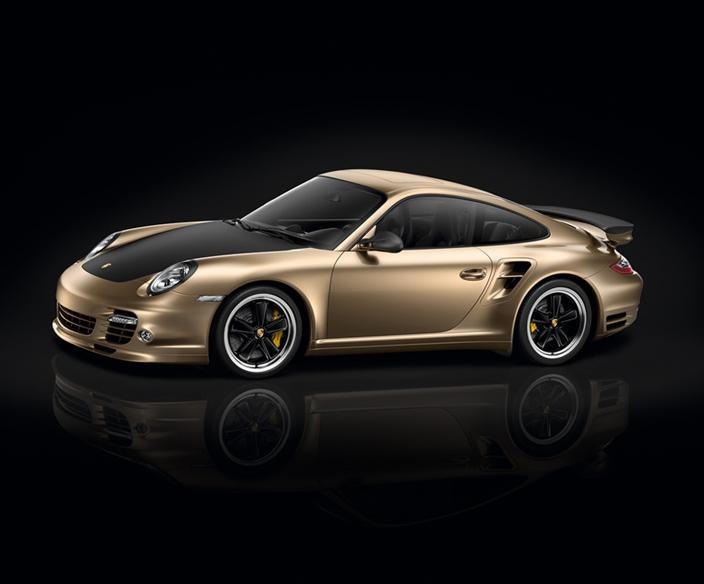 The Chinese market is by far one of the most important and attractive markets for all the major car makers, that’s why, more and more manufacturers are launching special editions or models for the country whose automotive industry grew in a very fast pace in the last years.

Porsche entered the Chinese market 10 years ago, that’s why they are releasing the 911 Turbo S China, a special edition limited to just 10 units and of course, designed to be sold only in China. If the MSRP of the standard 911 Turbo S spins around $160,000 then you have to expect for this special edition to cost more than $200,000 and mainly considering that it will be manufactured in a very limited series of 10 units, the price can go even higher.

The Germans from Porsche were not scrimp and released all the interesting details on the new celebrating version. Therefore, at the exterior, the 911 Turbo S China benefits from an aerodynamic kit with a nice Gold Bronze Metallic finish, 19 inch Sport Classic wheels, a new hood and rear spoiler made of lightweight carbon fiber. Other significant exterior tweaks include carbon fiber outline for the headlights, a two-pipe exhaust system, contrasting yellow brake calipers and anniversary plaques.

Under the bonnet, the Porsche 911 Turbo S China is powered by a 3.8-liter boxer unit able to deliver 530 horsepower and 700 Nm of torque. With such resources under the hood and it some help from the seven-speed PDK transmission, the German model sprints from 0 to 100 km/h in only 3,3 seconds while the top speed reached by the German supercar is 315 km/h.

As you probably realized, the six-cylinder unit that fits the standard 911 Turbo S benefits from no upgrades, therefore, the special edition specially designed for China brings nothing but enhanced exterior and interior appearance. Enjoy the luxurious look of the Porsche 911 Turbo S China anniversary edition in the photo gallery above.

A new tune for the Infiniti FX30dS from AHG Sports