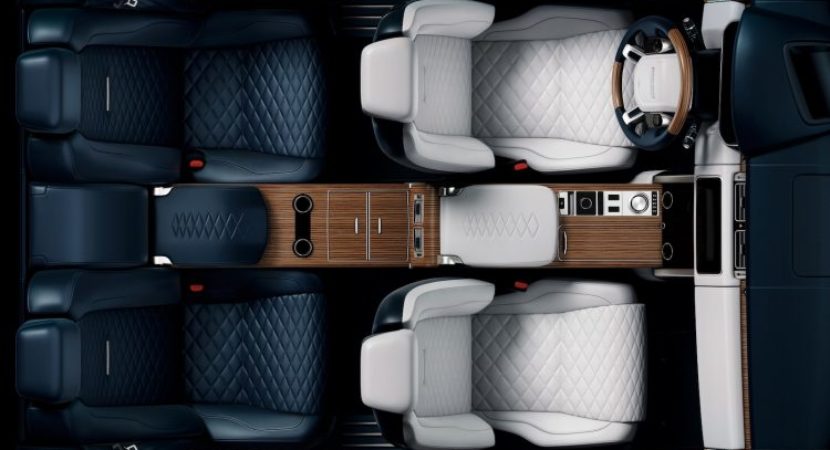 With just two months ahead the most important auto event of the year taking place in Geneva, well-known carmakers, including the British-based luxury maker Land Rover, have already begun campaigning their new models.

At this year`s 2018 Geneva Motor Show, Land Rover will arrive with an extraordinary two-door vehicle, called the Range Rover SV Coupe, which is set to highlight the company`s new philosophy of “seductive body design” and “supremely refined interior.” So far, what we`ve got is the teaser image above with the car`s interior highlights.

As you might probably know, Range Rover has turned 70 this year; seven decades of symbolic presence in the auto industry, one of the fewest automakers to have changed the world`s history during WW2. In order to celebrate this important event, the company decided to officially announce a new model…a fully-sized SUV with a two-door configuration.

In fact, if we turn back the time, Land Rover released the first Range Rover – which was actually a two-door SUV – back in the 1970s. However, it didn’t stand the test of time and undergone plenty of changes to become what it is today.

To accomplish such a bold dream of making an exceptional luxury two-door SUV, Land Rover has closely worked with its hardcore division, which is no other than Special Operations. Speaking of which, this is what John Edwards, Special Operations MD, stated in a recent interview about the making of the SUV:

“Land Rover created the luxury SUV sector with Range Rover almost 50 years ago. In launching the new Range Rover SV Coupé, we will offer clients an alluring combination of peerless luxury and rarity.”

The teaser image with the car`s interior is giving us a closer look on how Land Rover defines ”peerless luxury and rarity.” We are dealing here with a veneered center console running into the back seats, and wrapped with diamond-stitching leather.

We will keep you updated on the car`s general information and specifications. Meanwhile, take a closer look at the teaser image and anticipate how luxurious the cabin will be! Enjoy!