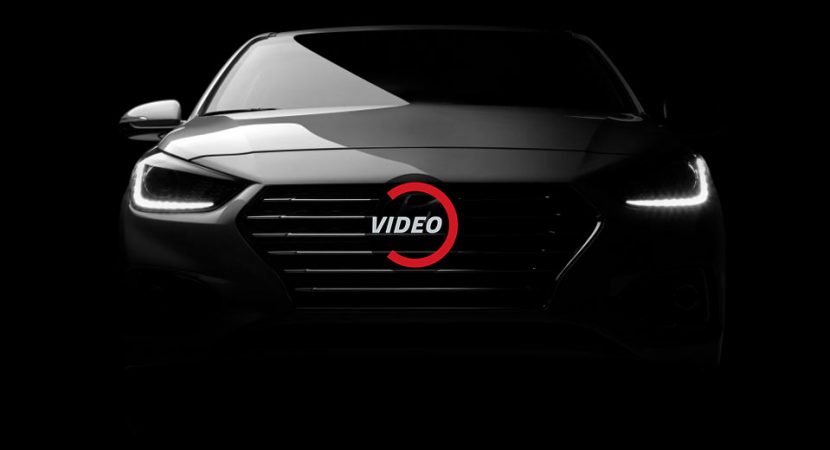 Even if the 2017 Chicago Auto Show has just opened its gates, a lot of carmakers have taken the event by storm, already queueing up to display their latest models.

However, it seems that Hyundai carmaker is still on slow motion and doesn’t hurry up with its model fleet. In fact, in a recent teaser video, it announced the arrival of the all-new 2018 Accent at the event, starting February 16.

The gorgeous sedan will be looking extremely appealing with its new and more evolutionary design, highlighted by exquisite lines.

Even if the teaser video doesn’t show much, we still got the first spy photos that give us a closer look on how the model will look at the show.

The 2018 Hyundai Accent sedan will come with a new front grille, which resembles the one seen on the China-only 2017 Hyundai Verna Yuena sedan, spotted last week as well. Other hot features also refer to new headlights with LED daytime running lights, small and round fog lights on both side of the chrome grille, as well as freshly added taillights.

As for the car`s engine lineup, this will also be an interesting one, comprising a wide range of four-cylinders, fitted with both a six-speed manual transmission or an automatic system. One particular engine that has been successful on the previous model is the 1.6-liter flat-four, also to be found on the new Accent sedan, with rumors stating the same 137 horsepower.

We will be available to find out more about the 2017 Hyundai Accent Sedan next week in Chicago, meanwhile, enjoy the short teaser video with the upcoming model!