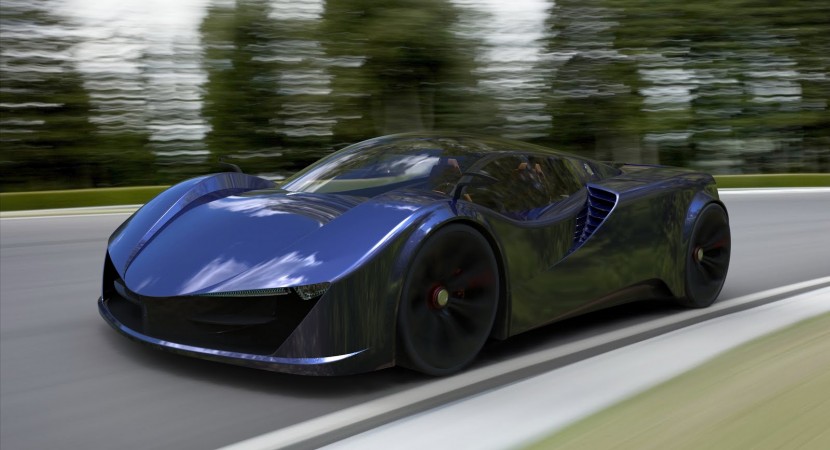 Here’s the deal, there’s been about a couple of weeks since Pagani finally took the wraps off their Zonda replacement, the hypercar they call the Huayra and that time has been well spent by some people. I’m not really one of those people, but Ardalan Farboud is. You see, where I mostly wasted time, Farboud used this time to create a new concept car, one to show Pagani how it should have been done.

Basically, he designed what he wanted, what every true Pagani enthusiast wants. Not a road going softy hypercar on which a company can build on for several years, which is what the Huayra is. Oh no, this concept is pretty simply done to be the best you can possibly get. There’s a lot of technical specs to consider here but since they’re all theoretical I’ve taken the time to translate it.

The Pagani Hei should have this striking body on top of what was the underpinnings of Pagani Zonda R turned up all the way to eleven. Make that 12. Actually make that 1200.

Are you ready to accept this car? The tasty numbers of the Pagani Hei come from seeing 1200 horsepower and a 0-60 time standing at 2.9 seconds or basically what is the limit of adhesion.