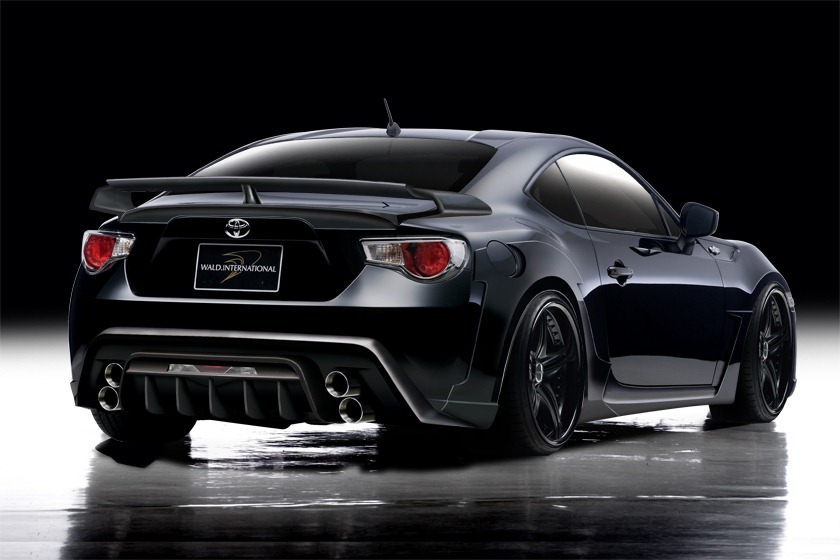 Wald International prepared a new tuning kit for the Toyota 86, a model known as the Scion FR-S in the United States.

Scheduled to be unveiled at the upcoming Tokyo Auto Salon which will open its gates in January, the new kit is basically a styling package which brings no performance tweaks.

At the exterior, buyers will get a new set of bumpers, a revised hood with air scoops, new five-spoke alloy wheels fitted with low-profile tires, rear fender extensions and also a diffuser.

As these official photos reveal, there will be a special black finish, a rear wing and privacy glass.

At the interior, you can also expect few styling tweaks matching the exterior color scheme but there are not any official details on this yet.

Pricing for Wald International’s tuning kit for the Toyota 86 starts at $2,760 in Japan, a price which includes the spoilers and side skirts while the wheels and other parts are not included.

Skoda kicks off production of the third-gen Octavia