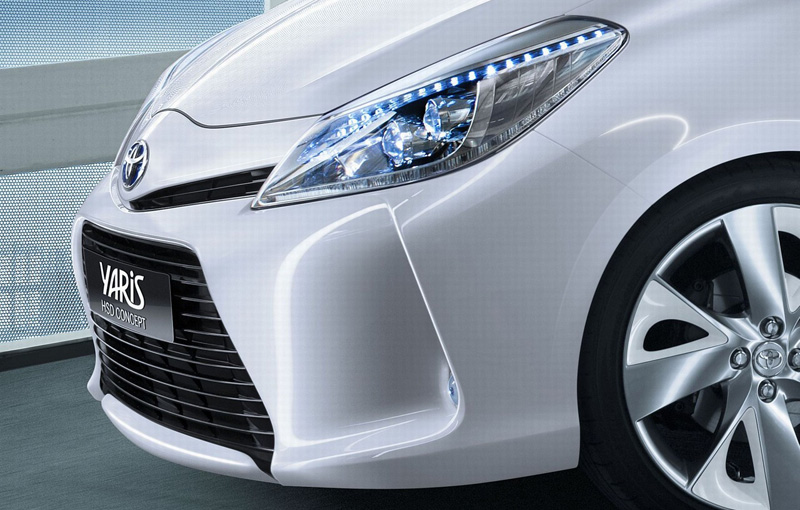 It seems that the hybrid range of the Japanese manufacturer is going to extend soon, a new hybrid model being scheduled to debut at Geneva. More exactly, Toyota will unveil the Yaris Hybrid Full Concept which foreshadows the smallest hybrid model within Toyota’s range, the future Yaris hybrid.

We expect to find the same hybrid powertrain found in the Prius range, namely the electric engine alongside the 1.8-liter petrol unit offering together 136 horsepower. The Toyota Yaris Full Hybrid Concept won’t be the only surprise prepared by Toyota as the earlier revealed Prius MPV at Detroit will be unveiled for the European audience at Geneva.

Thanks to the teasers attached above we can see that the Yaris Full Hybrid Concept gets stylish headlights with LEDs, a huge grille, side air intakes and new alloy wheels. From the second photo provided by Toyota we see the Prius+ badge together with the rear optical block.