Flagship Competizione Abarth is making a fabulous come-back with its latest 595 hot hatch, which is actually an updated version of the current model.

In case you want to opt for the entry-level version, then you will have to pay no less than £15,090 OTR, this one coming with a good 145 horsepower.

The updated Abarth 595 will come available in a choice of three versions, like the 595, 595 Turismo and the 595 Competizione, the later one being a hot convertible.

The same 1.4-liter T-Jet engine is found on the Competizione version, this one adding a power boost, reaching a total of 180 horsepower. On the other side, the Turismo will come with 165 horsepower.

All three versions will be hooked to a five-speed manual transmission, but an optional Abarth robotized sequential gearbox with paddle shifters will be also available, at an additional price. 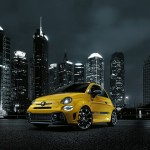 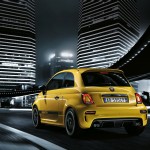