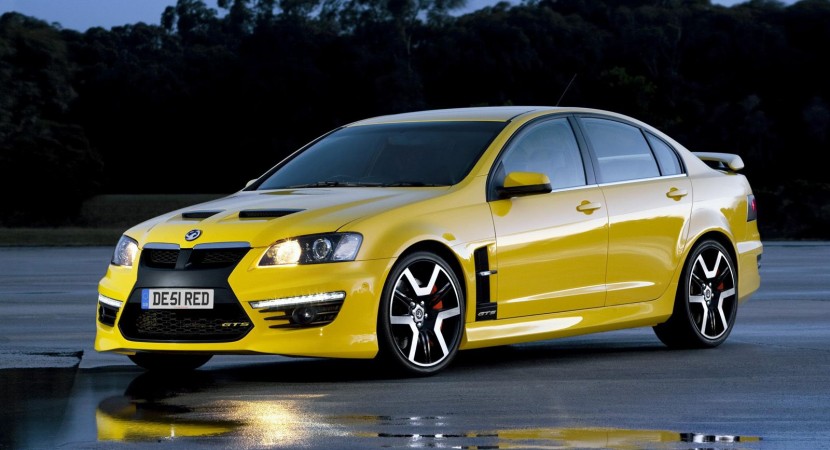 As one of the vehicles loved by Top Gear most, the Vauxhall VXR8 is possibly the craziest four door saloon ever. The news of it coming back to Britain and being crazier than ever before will have many people rejoice at the idea of this car.

As before, the 2012 Vauxhall VXR8 will be based on an Australian car, specifically, one from Holden. This time however things are slightly different as the new VXR8 is based on the Holden E3 GTS.

Either way, it’s a new version of the sort of car that’s always a clown car. The 2012 model year on it implies that you get a new radiator grille, a different rear spoiler and that crucial component these days, LED Daytime running lights. This is pretty much gibberish because the only seriously important aspect of the 2012 Vauxhall VXR8 is the engine. Under the bonnet of this Aussie beast you’ll find a GM-sourced LS3 V8 engine that pumps out 431 horsepower and 407 lb-ft of torque.

All of this power is being sent to the rear wheels ONLY via a six speed gearbox that’s either a manual or automatic. Since that is quite a lot to handle for two wheels, a limited slip differential comes in as standard.

Given the size, power and performance of the 2012 Vauxhall VXR8 it’s competing with the Mercedes E63 AMG but it’s up to £29.000 cheaper if you spec them up.

At the end of the day it’s your decision, somewhat cheaper at £49.500 with the ambitious power of the Vauxhall or a lot more expensive and the somewhat better image from the Mercedes. That said though, how good an image do you think you have when your pension plan Mercedes E Class has wheels bigger than your son’s SUV?