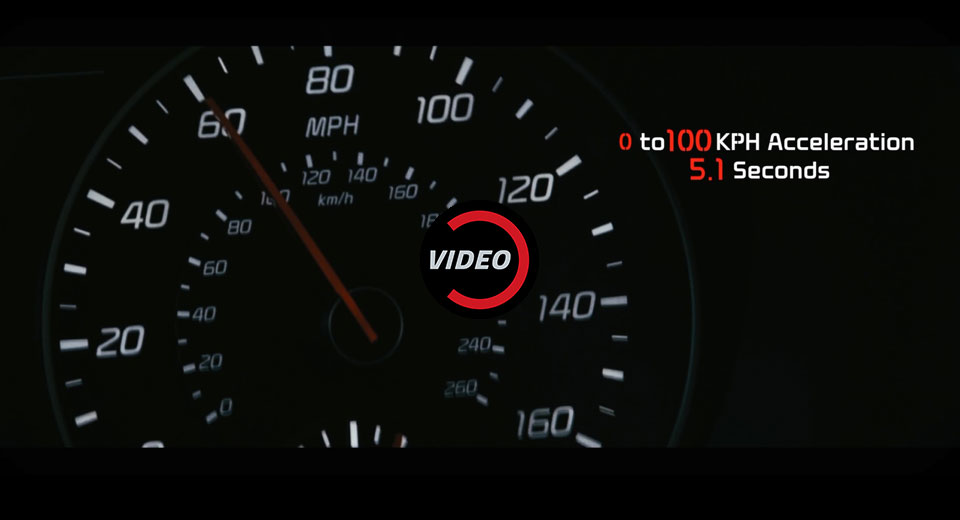 There are a lot of carmakers that prepared special models to hit the Ring to achieve impressive acceleration and attempting to brake different lap records. Kia is one of them with the all-new 2018 KIA GT, which is said to be the fastest production model released by the South Korean carmaker.

Following a first video with the model reaching 280 km/h on the Ring, there was a second video recently released by Kia, which is showcasing the all-new 2018 GT`s side profile, announcing the arrival of a sedan body style.

According to Kia, the 2018 GT is capable of delivering a sprint from 0 to 100 km/h in a fantastic 5.1 seconds, which makes it, according to the South Korean carmaker, “the fastest-accelerating Kia to date.”

Once arriving on the market next year, after its official unveiling at the 2017 NAIAS, in Detroit, the all-new 2018 GT is set to feature a wide array of petrol burners and diesels with a four-cylinder configuration, with a top of the line 3.3-liter V6 engine closing the range. The top of the line engine is borrowed from the company`s luxurious Genesis G80, which develops 365 horsepower, being sent to the rear wheels via an eight-speed automatic transmission.

We are not sure if Kia will keep the GT moniker, but we should be able to find full details about the model at the upcoming 2017 NAIAS, in Detroit, starting the 8th of January. Meanwhile, enjoy the second video with the 2018 Kia GT allowing an impressive acceleration from 0 to 100 km/h.