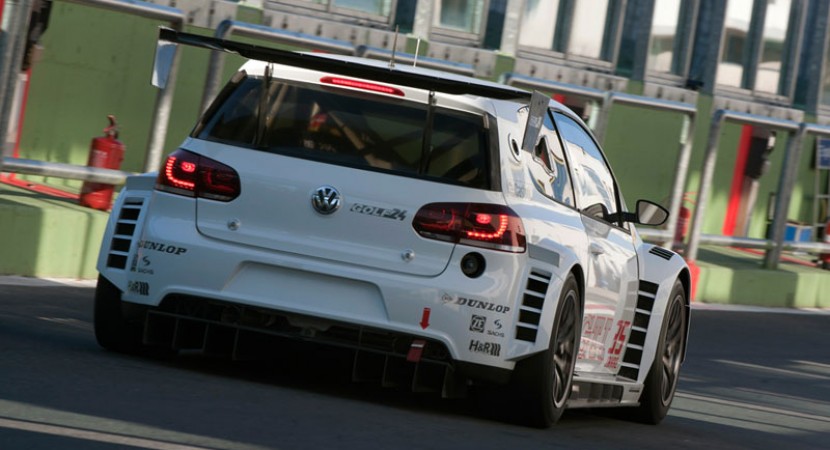 Shortly after revealing some photos and official details for the new Volkswagen Golf24, the competition model prepared to run in the 24-hour Nurburgring race, the Germans decided to release a video where the new Golf24 is spinning on the Nurburgring circuit. 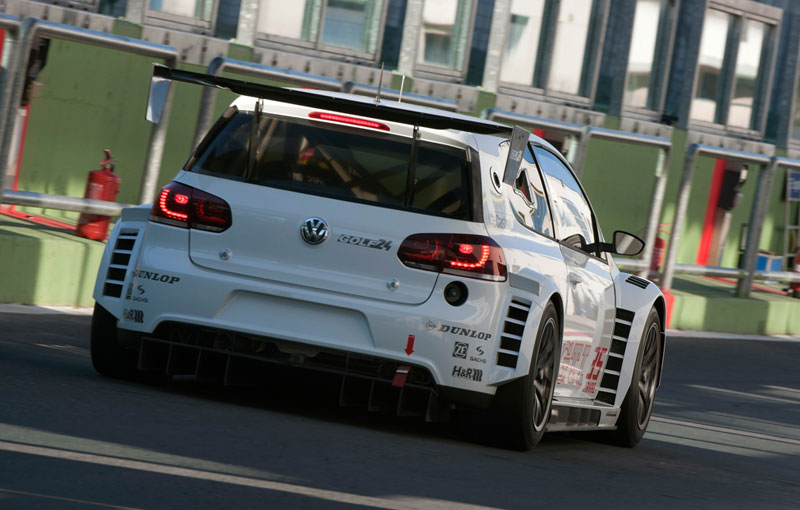 The German model offers a very nice sight when running on the circuit and this is main due to the turbo unit which lies under the bonnet. The 2.5-liter turbo engine comes together with a sequential six-speed gearbox and gear shift paddles.

The engine offers now 440 horsepower and 540 Nm of torque and it seems that is ready to make a nice figure on June 23, when the 24-hour race will begin. The new Volkswagen Golf24 is also an anniversary model which celebrates 35 years since the Germans entered the GTI world. Here is the video where we can see the new Golf24 in motion while doing some tests on the famous German circuit, also known as The Green Hell.
http://www.youtube.com/watch?v=UcumY3Dn7fE