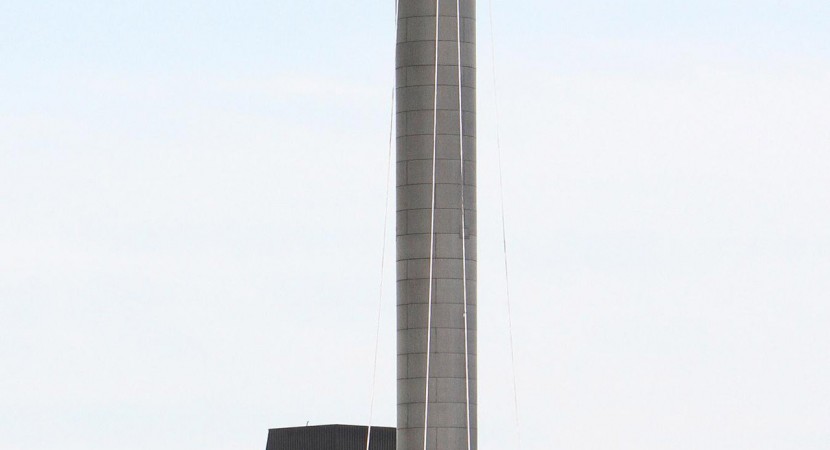 Nowadays every single corporation or big manufacturing company has to do something constructive, charity like or generally good for the future of the world. 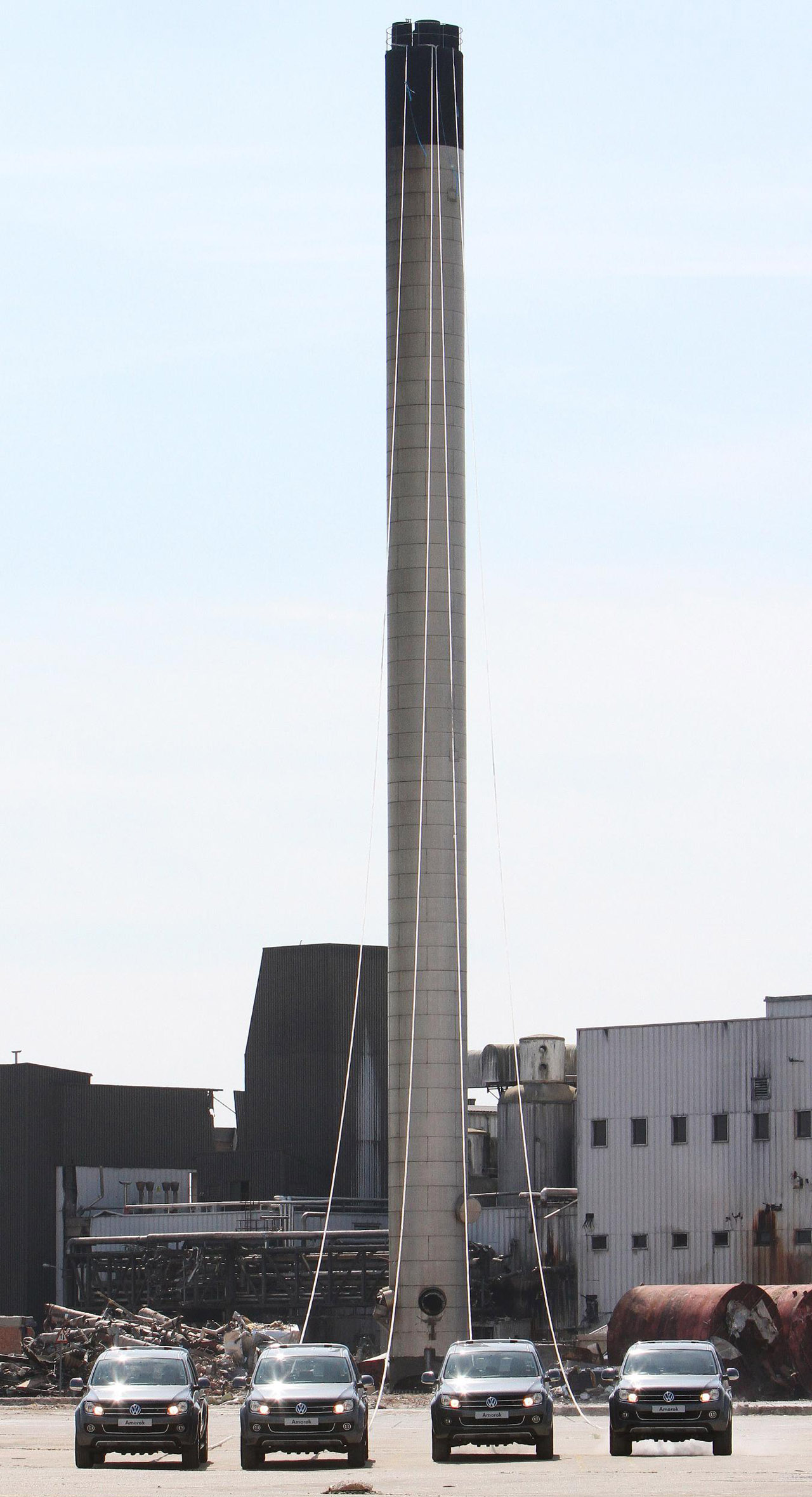 The days of movies such as Mad Max where everything is destroyed, on flames or has a great soundtrack is pretty much gone but it seems like somebody in Germany still cares about the classics.

Or maybe in the UK, either way, it seems like a demolition crew from Great Britain was having some issues with their explosives crew and their demo ball at the same time.

Gladly stepping in for what is an unprecedented marketing achievement Volkswagen’s UK division decided to lend a hand to the troubled company, in the form of 4 Amarok pickups. 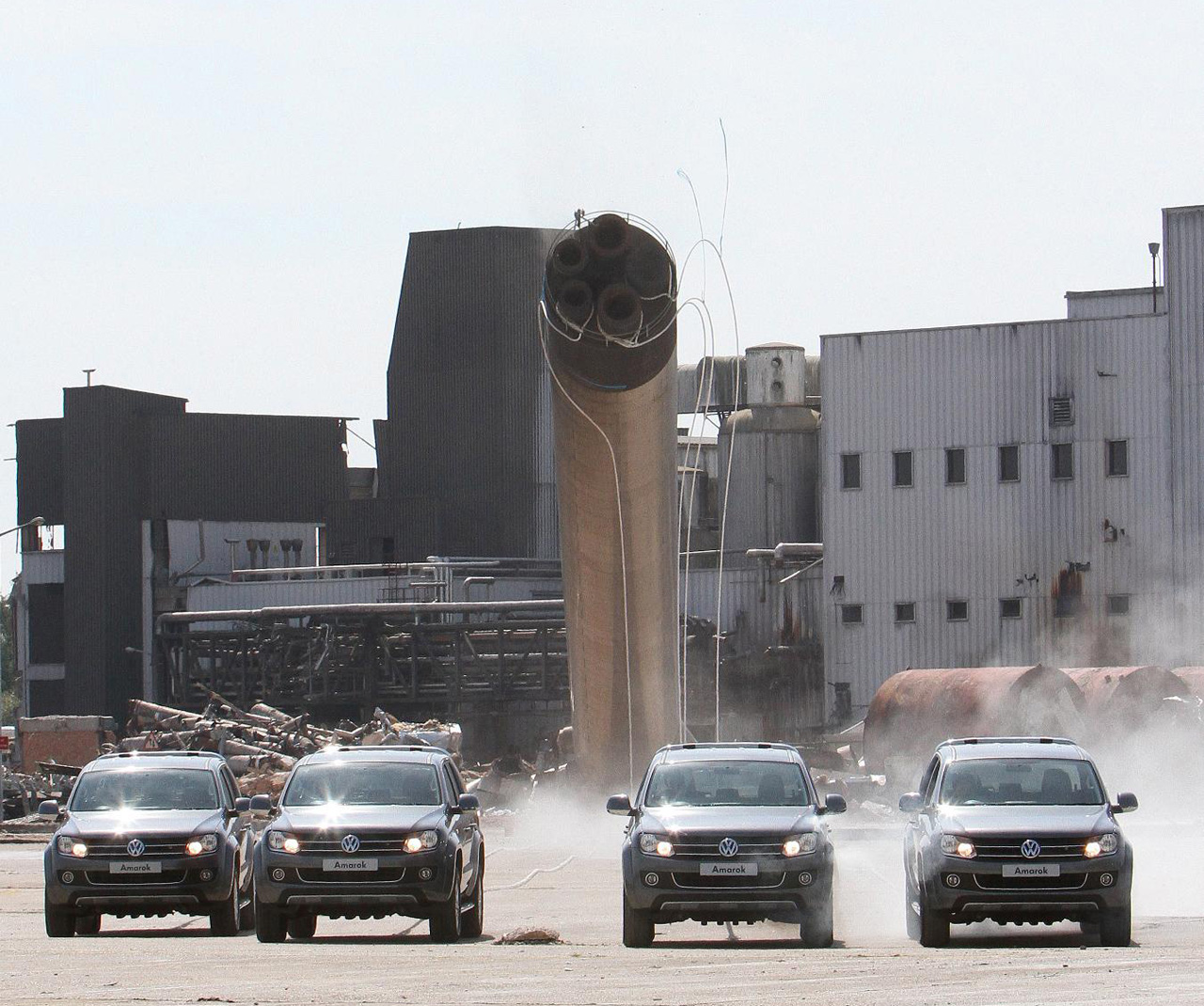 It doesn’t really make a lot of sense, but once you find the details on the situation it all appears to be easier to take in despite how a 154 ton chimney 220-foot tall smoker is involved.

The immense smoker was simply tied to the top of the enormous structure and they all started to tug on it up to the point where the ropes were tensioned and the chimney came down.

The pictures are so impressive, one would easily get past the rather boring stats available on the 2.0 liter turbo-diesel TDI engines. 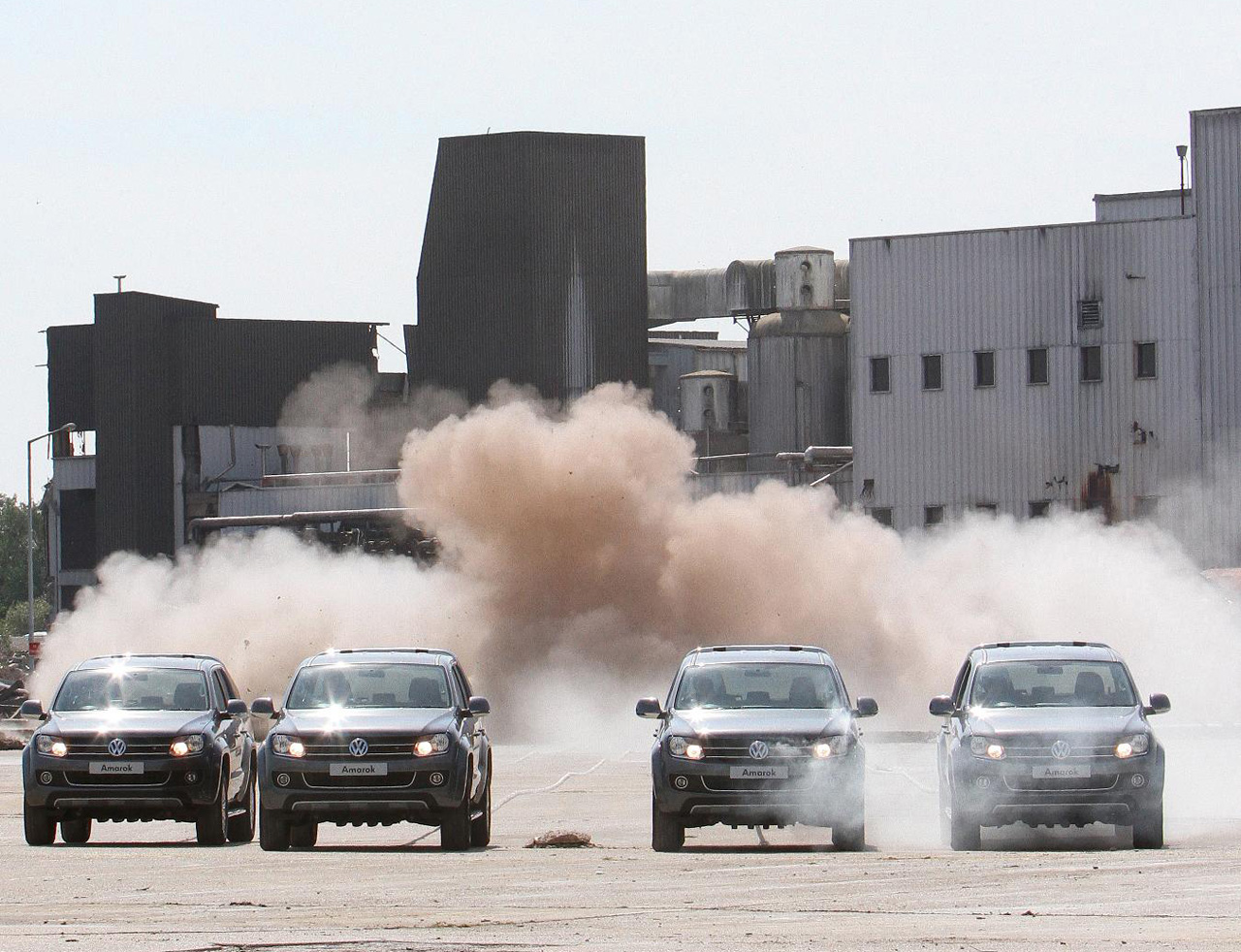 I’m still focused on the chimney falling down at the hand of four VW Amaroks and the total 1180 lb-ft of torque available stretching out the ropes.