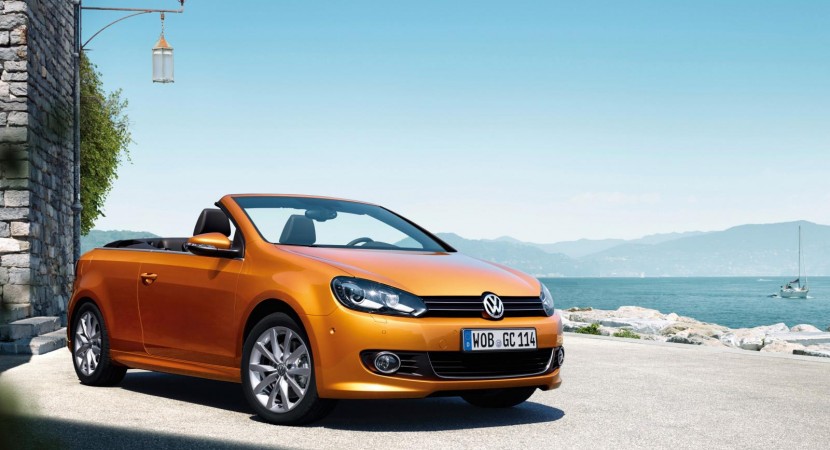 The Volkswagen German based carmaker has recently introduced a facelift version of the current Golf Cabriolet, the model coming with some slight changes at the body and inside.

As it can be depicted from the only picture we have got so far, the new Volkswagen Golf Cabriolet is wearing a new front bumper, which now is looking much sportier, along with new side sills and rear bumper.

Apart the slight body mods, the new Golf Cabriolet can also be had with six colors at the exterior as well as fresh designs for the wheels.

Volkswagen has also stated that the cabin of the Golf Cabriolet facelift is revised as well, with the new steering and design elements, leather on the seats, along with the Composition Media infotainment system.

Under the hood, the new Golf Cabriolet will come with a wide range of six engines, meaning four petrol burners and two diesels, with power between 105 horsepower and 220 horsepower. No performance figures are yet revealed, but we should expect fresh news from the German Group in the upcoming period.