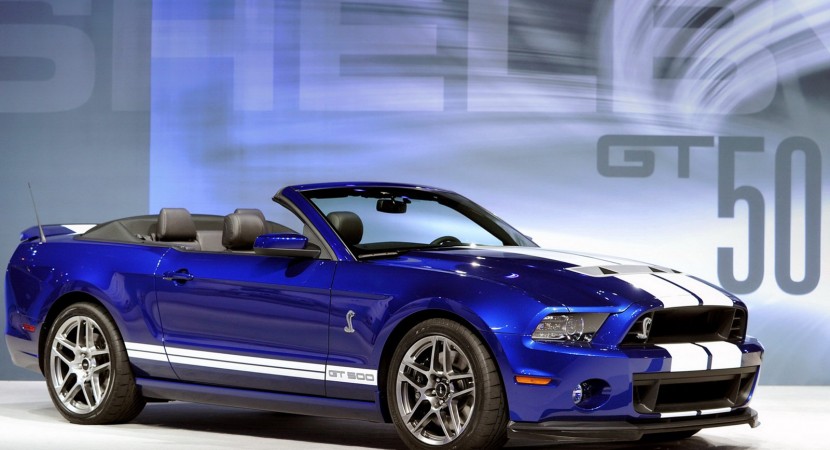 Ford released the official pricing for the 2013 Mustang Shelby GT500, a well-known muscle car which will be available both as Coupe and Convertible.

To begin with, the American model receives a starting price of $54,200 which does not include the $795 destination fee. The Convertible variant is slightly expensive with a price tag of $59,200 which is about $5,000 more expensive than the outgoing model. Under the bonnet, the American muscle car gets power from a 5.8-liter supercharged unit able to deliver 650 horses and 814 Nm (600 lb-ft) of torque. A six-speed manual transmission transfers the power from the V8 engine to the rear wheels.

With such resources, the GT500 hits a top speed of 320 km/h for Coupe and a limited 250 km/h in case of the Convertible. If you want even more, there is a SVT Performance Package which will add new Bilstein adjustable dampers, revised springs, new 19-inch (front) and 20-inch (rear) forged wheels but also a Torsen differential. Inside, you will get a new gear shift knob along with a reworked instrument cluster, all these for an additional $3,495. Expect the new Mustang Shelby GT500 to hit the showrooms this summer.