Home
Mini
A special sort of engine swap for the Mini 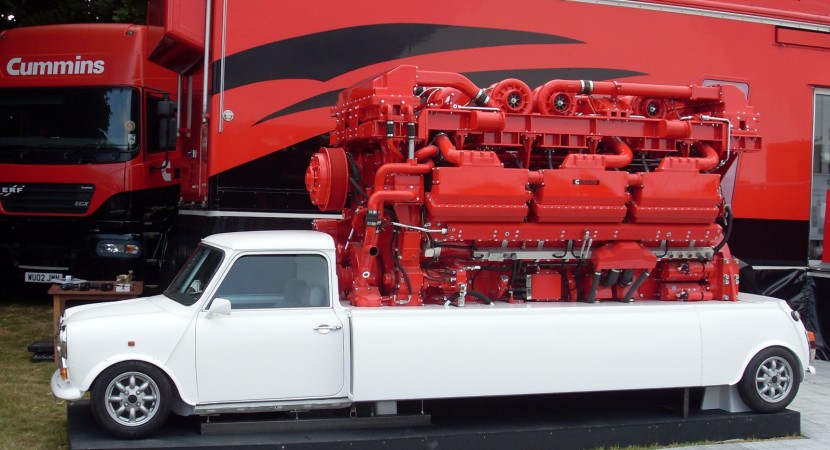 With the Goodwood Festival of Speed ever closer, more and more interesting previews leak from it. This very interesting, disturbing for some, image features a classic Austin Mini with an engine in it that would make the Bugatti Veyron go home weeping.

That monster of an engine the people at Cummins use to power mining industry dump trucks capable of carrying 360 tonnes. If you haven’t heard of Cummins, they are an independent maker of diesel engines. The engine in question is the QSK78 and it’s their biggest ever.

The biggest ever for these guys, as you can probably guess, isn’t your average displacement but rather a mind boggling 78 liter, 18 cylinder monster with, wait for it, 12 turbochargers. The result of all of this is an output of 3500 horsepower at 1,900 rpm and a peak torque of 10,157 lb-ft available at 1,500 rpm.

We have no information from Cummins on whether or not the V18 diesel actually powers the Mini, but i wouldn’t raise my hopes on it when looking at that big stall underneath it.

Steve Nendick, Cummins’ Communications Director made a statement according to which this creation is nothing other than a challenge the company couldn’t resist but take and in doing so they are offering the crowds at Goodwood something unbelievable.