Home
Lamborghini
Lamborghini are celebrating the production of Gallardo number 10000 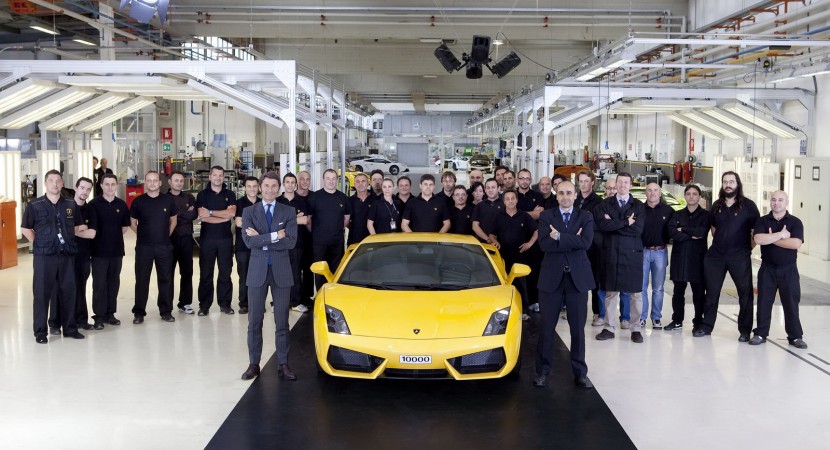 Sant’Agata Bolognese plant in Italy, home of all raging bull creations has just rolled off the line a Lamborghini Gallardo credited with production number 10000. The record Gallardo model is finished in yellow “Midas” and will soon be headed for it’s home with a client in China.

According to Lamborghini boss, Stephan Winkelmann a production car reaching a number 10,000 units is a very important milestone for Lamborghini since volume has never been a key selling points of Sant’Agata’s creations.

The Gallardo and the commercial success of being the most popular model of all time doesn’t really fit the bill to some purists as a proper Lamborghini but despite this Winkelmann maintains that the baby Lambo is as extreme, uncompromising and Italian as the brand itself.

Today Lamborghini is represented in 45 countries by over 120 dealers, with the strength and presence of the Gallardo product playing a significant role in the growth and recognition of the company.

Since its launch in 2003 the Gallardo it has been through quite a few iterations and all of them have gotten great reviews from both media and users alike. So far the Gallardo has always been a V10 mid engined supercar but while it was intended to be a permanent all wheel drive model, Lamborghini’s former chief test driver, Valentino Balboni changed things a bit when the company asked him about a honorary model which would wear his name. That model only had rear wheel drive.