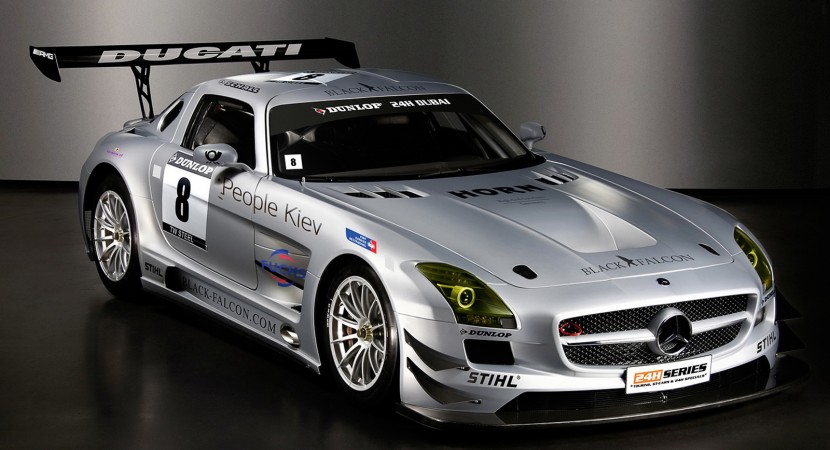 The Germans at the oldest car making company out there, that’s Mercedes for you philistines who don’t know, may have added a few perks to the SLS but they don’t plan to stop there.

Their flagship vehicle, the Mercedes SLS AMG is about to get even better, hopefully, as the three pointed star will be handing it over to their special division and make it a Black Series models. This generally means, more power, better brakes, sportier suspension and hopefully, a very small change in weight to put a damper on the improvements.

Sadly though, it’s not rare that when an AMG Mercedes starts wearing “the black suit it never takes off again” it ends up being spoiled. Giving the 6.2 liter V8 more grunt on top of it already being the most powerful naturally aspirated engine in the world sounds pretty good but the rest of the changes may be taken to the extreme.

Let’s hope the future SLS AMG Black Series will be almost driveable in regards to comfort, available traction under throttle and, on top of everything else let’s hope it doesn’t have a massive price tag. On the upside it could be quite interesting to see the new look Mercedes is about to give their SLS AMG Black Series.