Home
Bentley
The Russians have skinned a Bentley 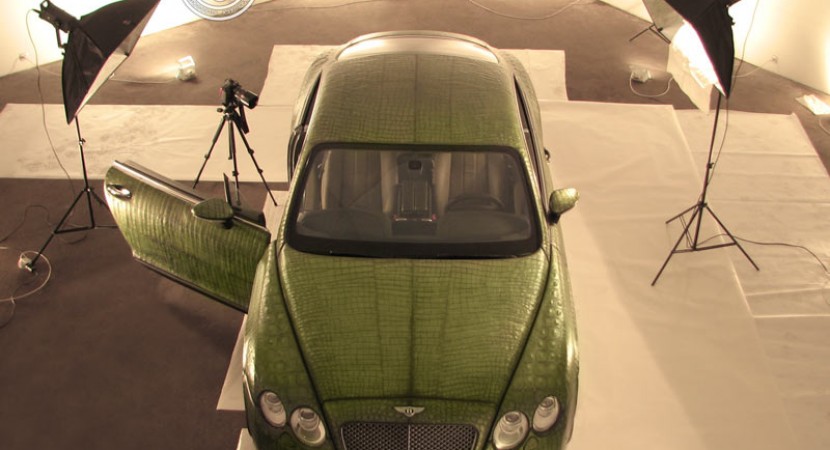 The Bentley Continental GT has been always been a bit more in your face than the rest of the British manufacturers line but that hasn’t kept owners or tuning companies from making them even more opulent and brash. As a general rule, India has almost always lead the way in what kitsch means, the bling culture being almost as big as the Taj Mahal over there however, people of the same geographical region but a bit more… northern, have created something that puts everything ever imagined by an Indian 10 year old playing Need For Speed.

This cannot be sustained much more: the Russians have taken two fashion icons and melted them into one. The Continental GT came together with a crocodile bag. What’s a bit more special about this crocodile hunter nightmare is that the specific leather doesn’t upholster the interior… What it actually does is cover the whole exterior of the car.

To be brutally honest, the actual leather isn’t crocodile skin, it’s African buffalo hide, and after being placed on the exterior of the GT it was imprinted with a texture that’s similar to the crocodile skin pattern.

Word of warning: If the picture hasn’t scared you, the clip might, not even the girls are able to make it better.