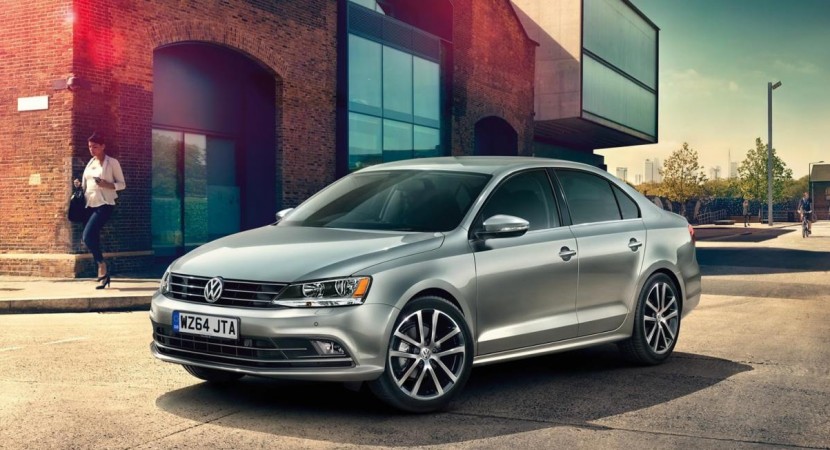 Volkswagen released official pricing details for the facelifted Jetta sedan. The UK buyers can order the German model for a starting price of £18,815 and will get a revised front grille, new front bumper, new trim, steering wheel and revised dashboard. If you equip the Jetta GT with the potent 2.0-liter TDI producing 150 horses and a six-speed DSG automatic transmission, you will have to pay £24,715.

Other key features of the Volkswagen Jetta GT include 17-inch alloy wheels, rain-sensing wipers, automatic headlights and a revised suspension. The latter brings the car 15 mm closer to the ground while the front sport seats and the auto-dimming rearview mirror will improve the comfort and safety inside. As mentioned above, the 2015 Volkswagen Jetta is currently on sale in the United Kingdom.