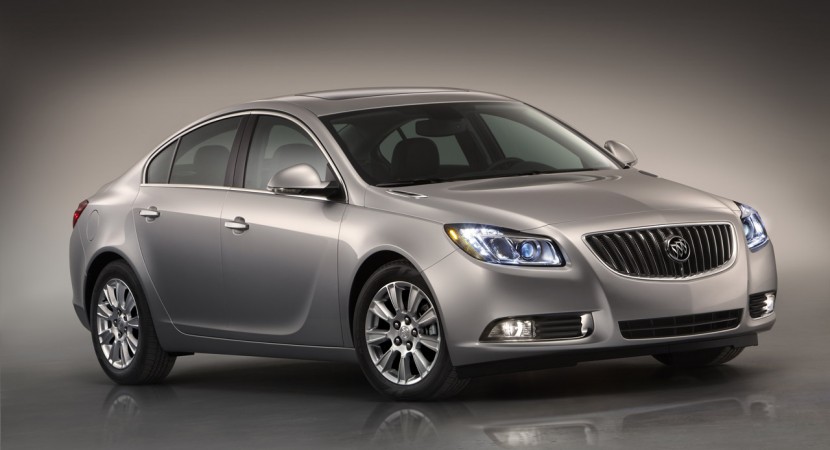 General Motors has big plans with Buick’s image and portfolio improvement and we find that just a couple of months after the release of the LaCrosse eAssist we’re getting a new fuel sipping model.

While equipped with a similar mild hybrid powertrain as the bigger brother, the 2012 Buick Regal eAssist is expected to go even lighter on the explosive juice since it is smaller and lighter. 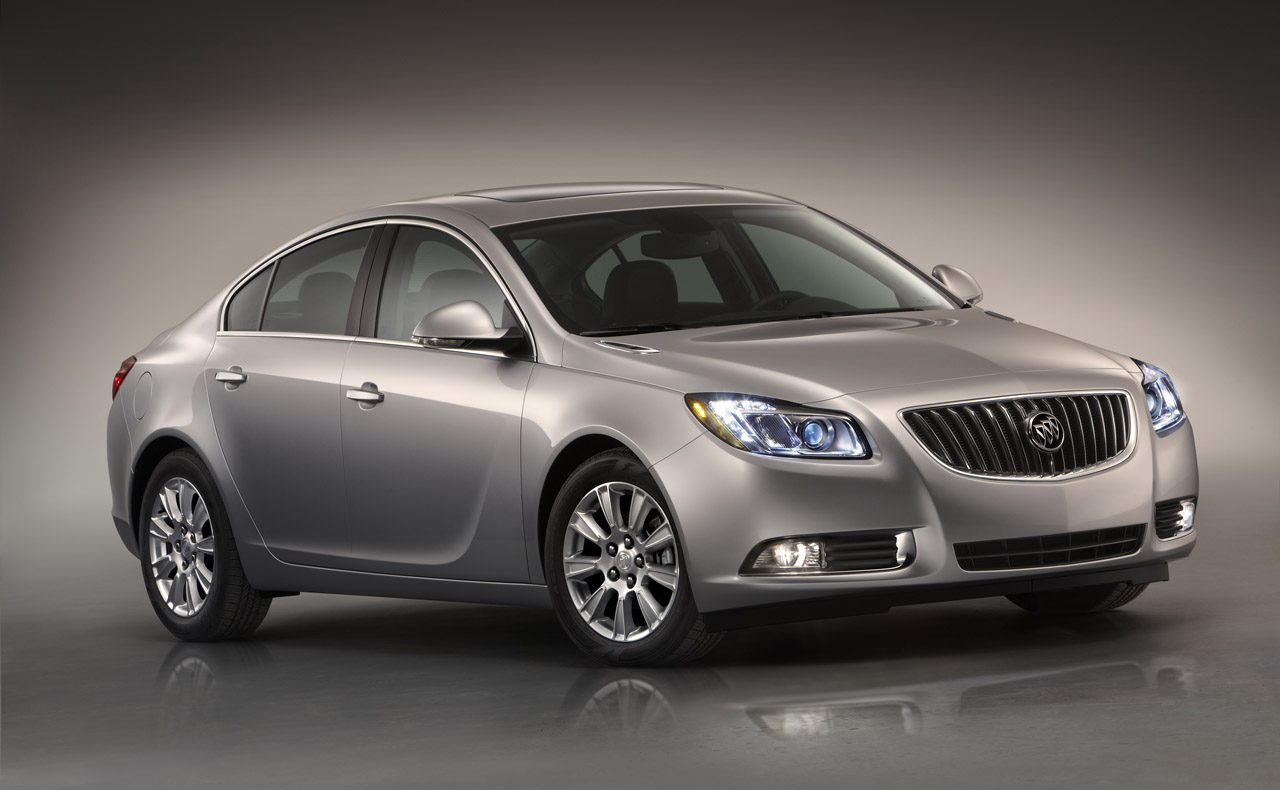 Having a little bit of common sense, I admit it is a very little bit, I will say that I get the point of this car and I really appreciate the new presence Buick is getting itself.

This is why I’m almost impressed with the pricing they’ve been laying down with the 2012 Buick Regal eAssist. According to the Americans it will cost other Americans, oh by the way, only Americans can have it, just 29.530 dollars (on top of which you just add $860 for a destination charge). 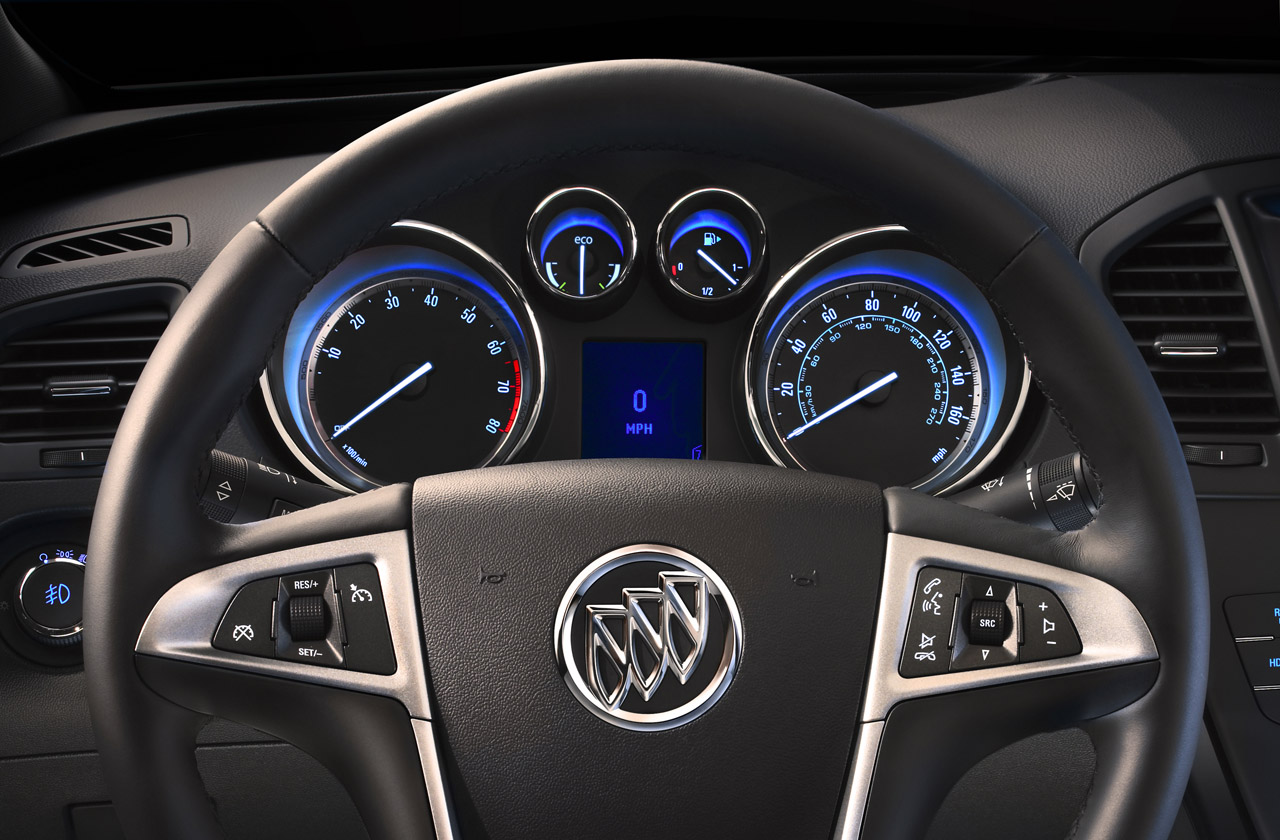 That my friends is a deal. You get a nicely finished interior, an even better exterior finish and quite the great set of underpinnings with this hybrid.

We’re talking about a 2.4 liter Ecotec direct-injected four cylinder engine and a next-generation Hydra-Matic 6T40 6-speed automatic transmission and that’s just what’s happening before we get to the eAssist part of the equation.

A 115V lithium-ion battery battery acts as a tank for a 15 kW electric motor, it’s actually aided along by regenerative braking and an amazing Start Stop system which has all sorts of reactions depending on your throttle efforts. 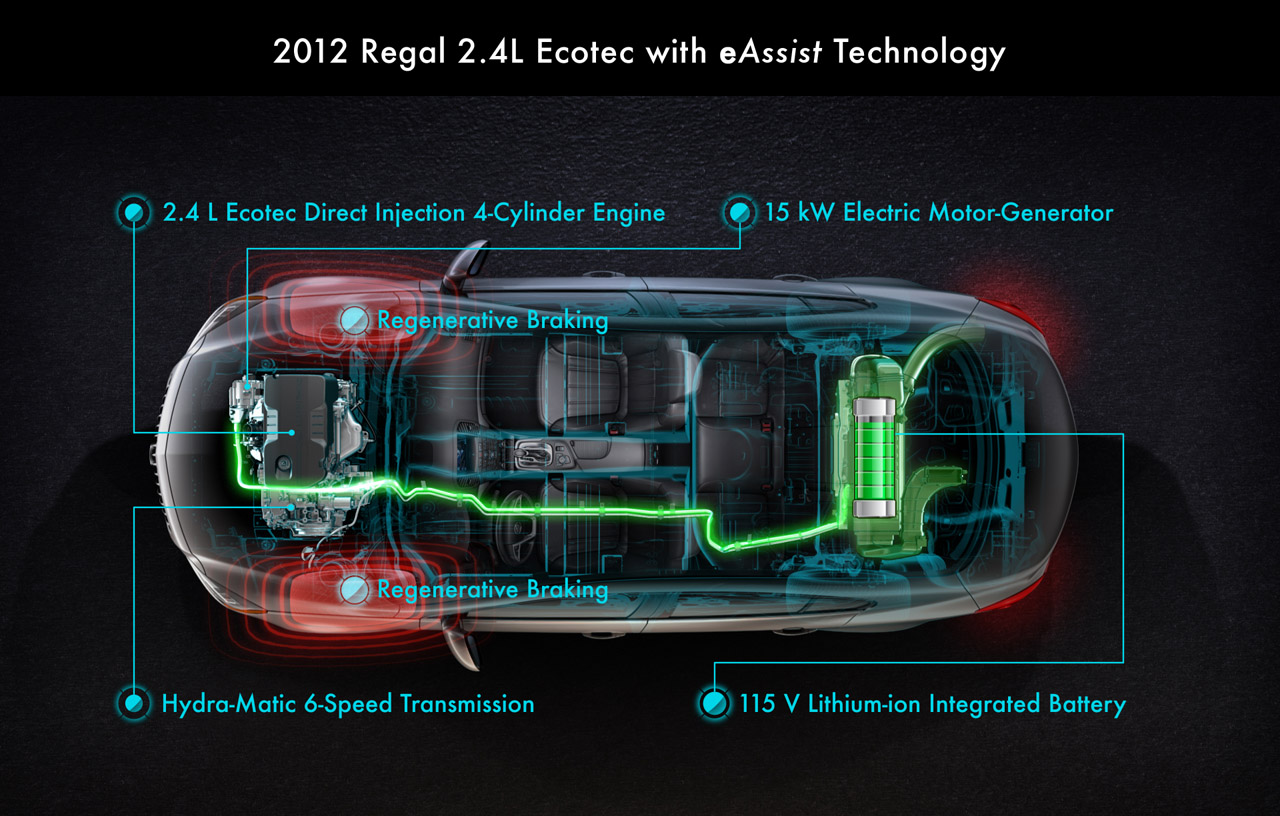 Apparently, when all of this fight for efficiency from Buick is pretty successful. The mathematicians and environmentalists got their minds together and now they claim that the 2012 Buick Regal eAssist will be such a money saver that it will pay for itself in about three and a half years.

Given prices of acquisition that’s pretty similar to what happens in the battle between petrol powered and diesel cars elsewhere.

The only thing that pisses me off about the 2012 Buick Regal eAssist is that in order to achieve this sort of financial well being and smugness paradise you’re gonna have to be driving economically for four years. 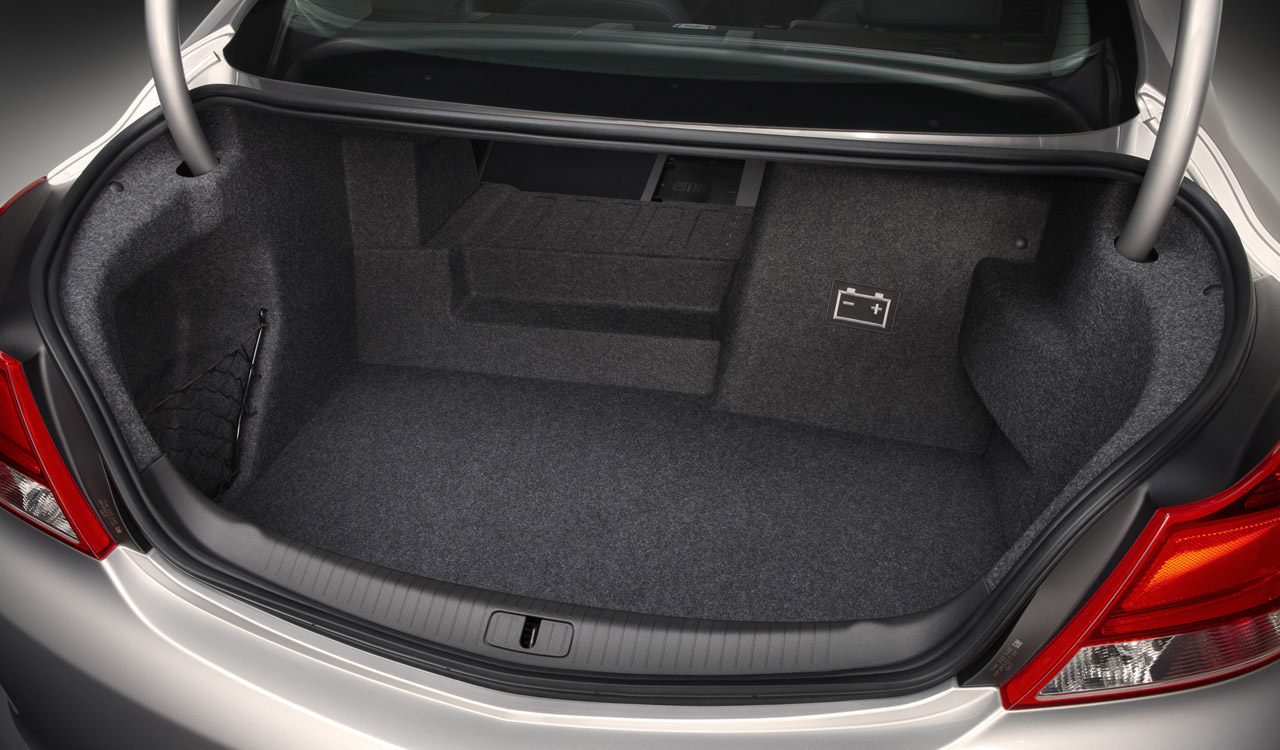 No matter how good the 2012 Buick Regal eAssist may be in this department, I doubt most drivers will be able to resist the temptation of flooring it at least once a week or day.

With that in mind, even at such a great price, the mid-sized sedan’s economy will be tricky.