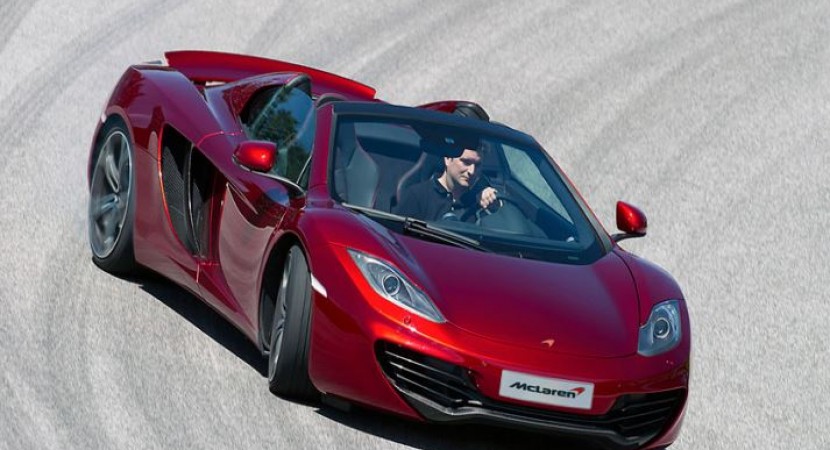 It is not easy to think of a car running on the tracks at the top speed of 207 mph, and sprinting from 60 in just 2.9 seconds, making use of its full 618 horsepower, unless it is the only McLaren MP4-12C Spider. First on the track, then on the August`s Pebble Beach Concours d`Elegance.

There have been some rumors speculating that the super sports car would make its debut today, as F1 driver Jenson Button stated last week. We would have to see the changes the car has made at its built and performances. 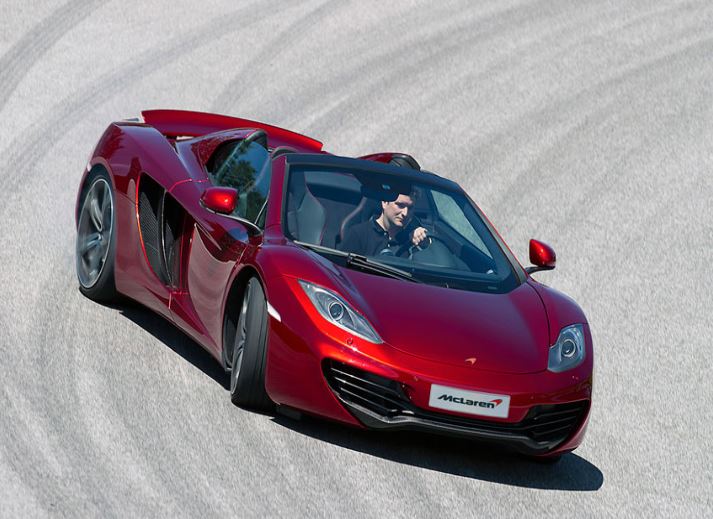 Weighing around 88 pounds more than the coupe, and with an overall 3250 pounds, the MP4-12C Spider comes with fiberglass-reinforced plastic for its retractable hardtop. 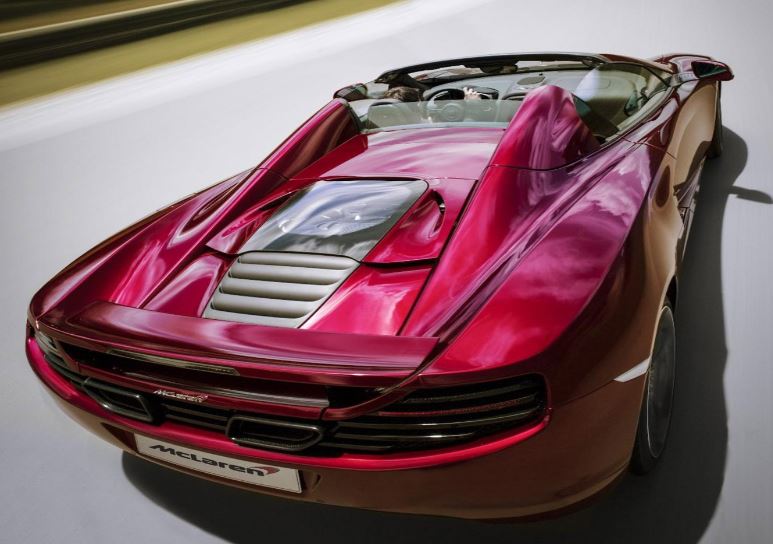 Under the hood, the M838T 3.8-liter twin-turbo V-8 makes room for an astonishing 618 horsepower and 443 lb-ft of torque. The impressive eight-cylinder engine is put on display through a glass window in the rear deck. 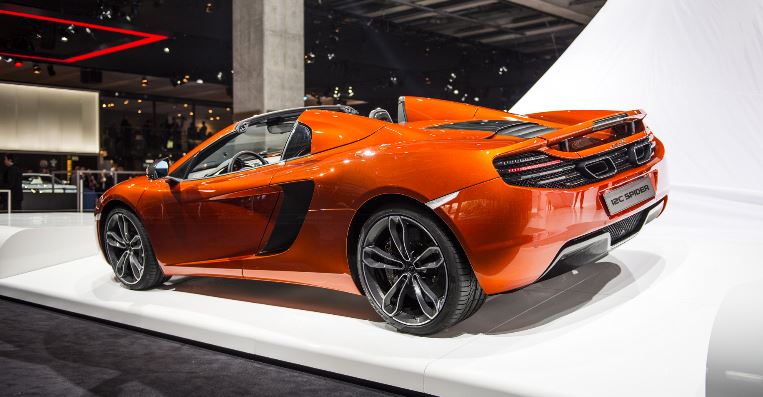 What really makes the car unique, is its featured ProActive Chassis Control – which electronically controls the hydraulic dampers, and offers the car stability in tight corners and safely keeps it on the road for a quality ride. This is why the car has earned its saying of “a lady in the street but a freak in bed”. 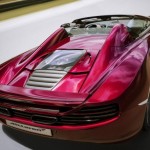 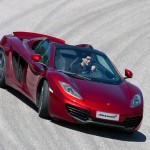 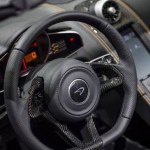 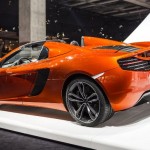 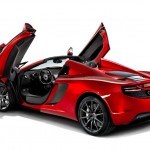