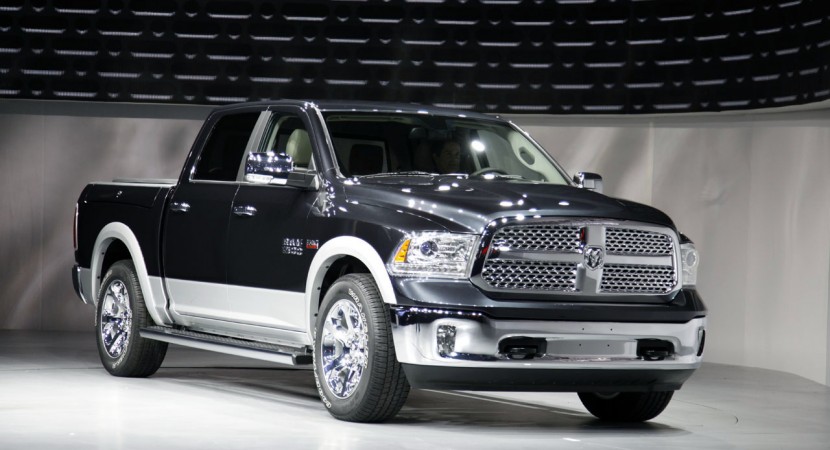 It wouldn’t really be an American motor show without some sort of new and desirable pickup truck making the rounds would it?

At this year’s New York Auto Show, Ram debuted the 2013 1500 model which comes forward with quite a few aces up its sleeves. 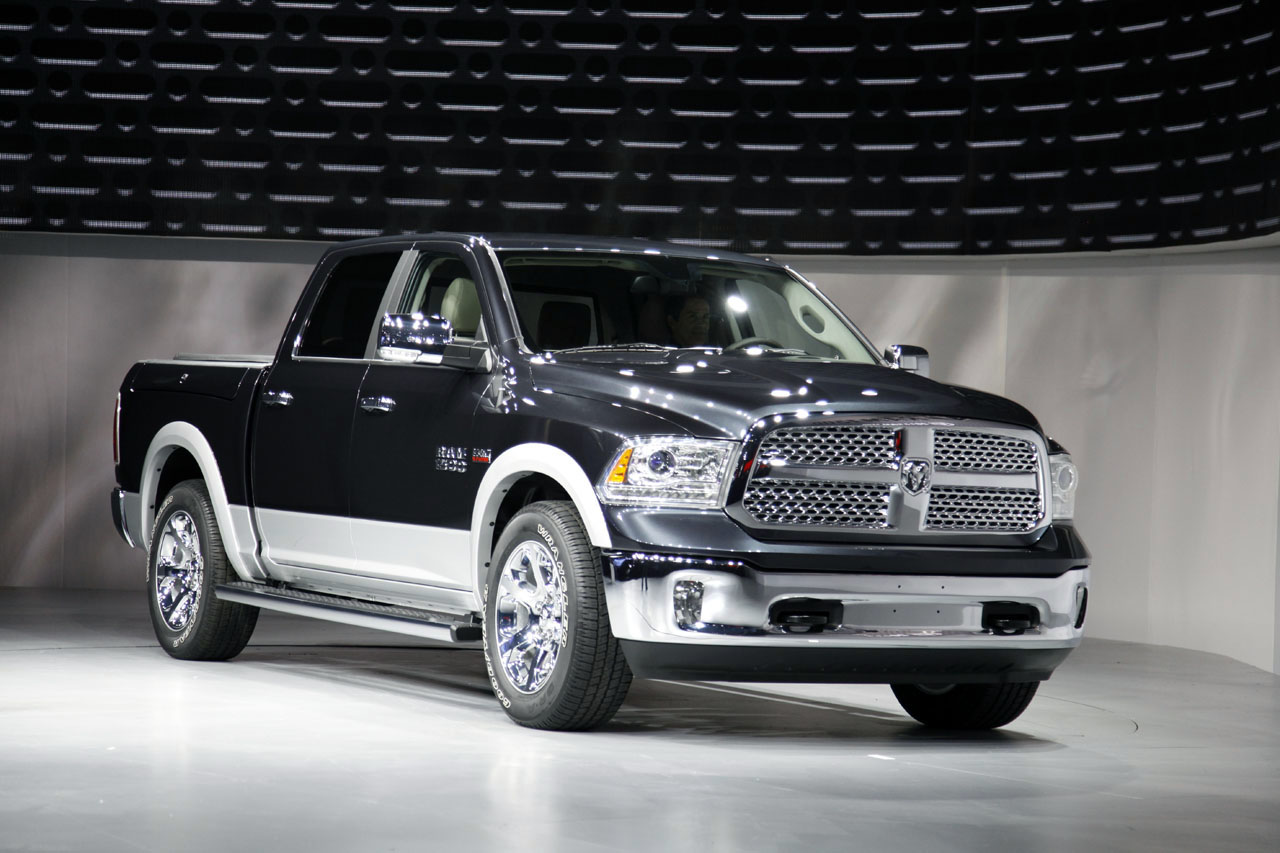 As you’d imagine, some of the new feats and capabilities were made to catch up or rival the Ford F-150 pickup. That doesn’t mean that the 2013 Ram 1500 can’t stand up on its own.

To begin with, the new pickup lost some weight when compared to the previous gen 1500. Some 173 pounds were shaved off the V6 version thanks to the use of aluminium in the hood and suspension and a few redesigns.

The actual frame got a rethink in order to save weight and so did the truck bed and the bumpers. 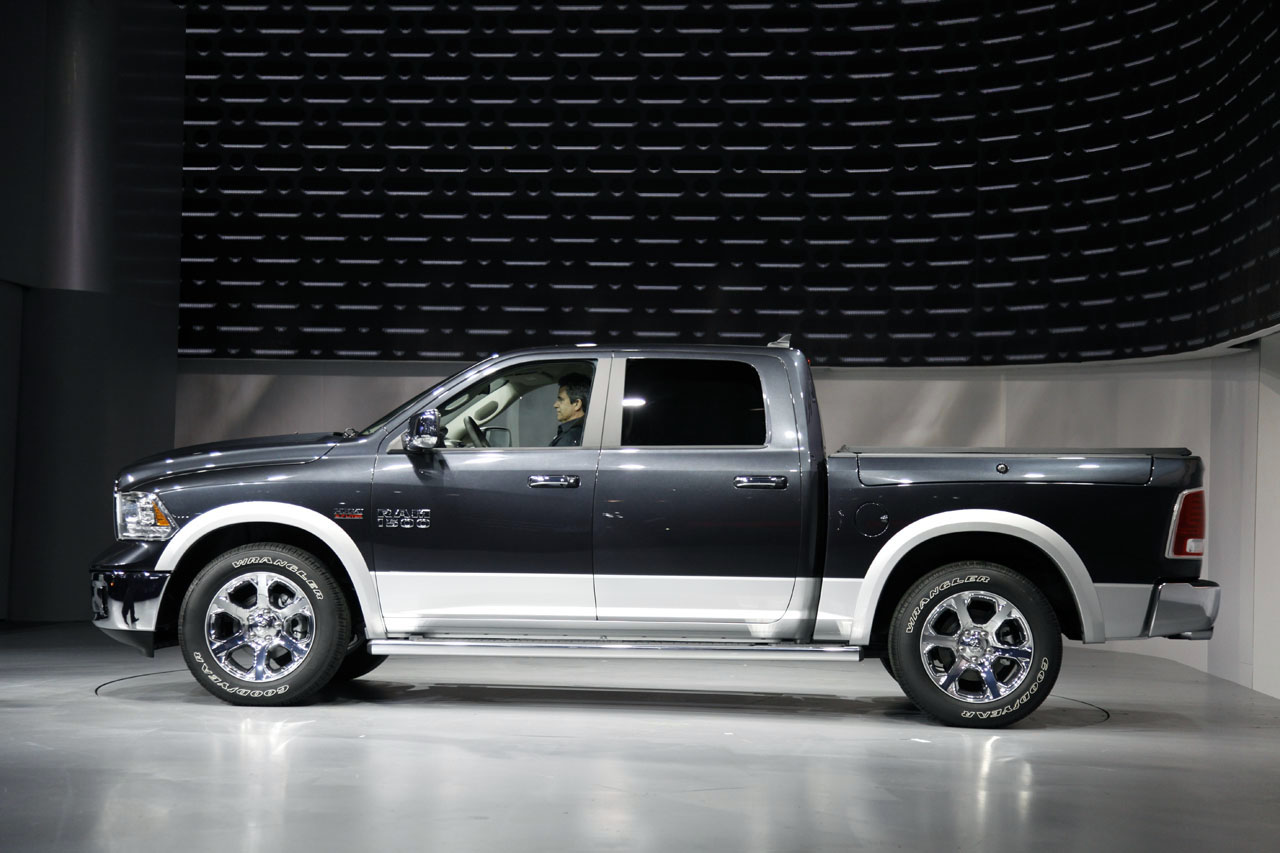 The bigger V8 powered unit only loses about 97 pound. You’ll likely find that acceptable since it now develops 395 and 407 lb-ft of torque and gets better fuel economy.

Thanks to an ECU remap and the addition of a new eight speed automatic gearbox the V8 Ram 1500 should use about 20% less fuel.

If fuel economy is your game you’ll likely be more thrilled with the fitting of the new 3.6 liter Pentastar V6 under the bonnet. 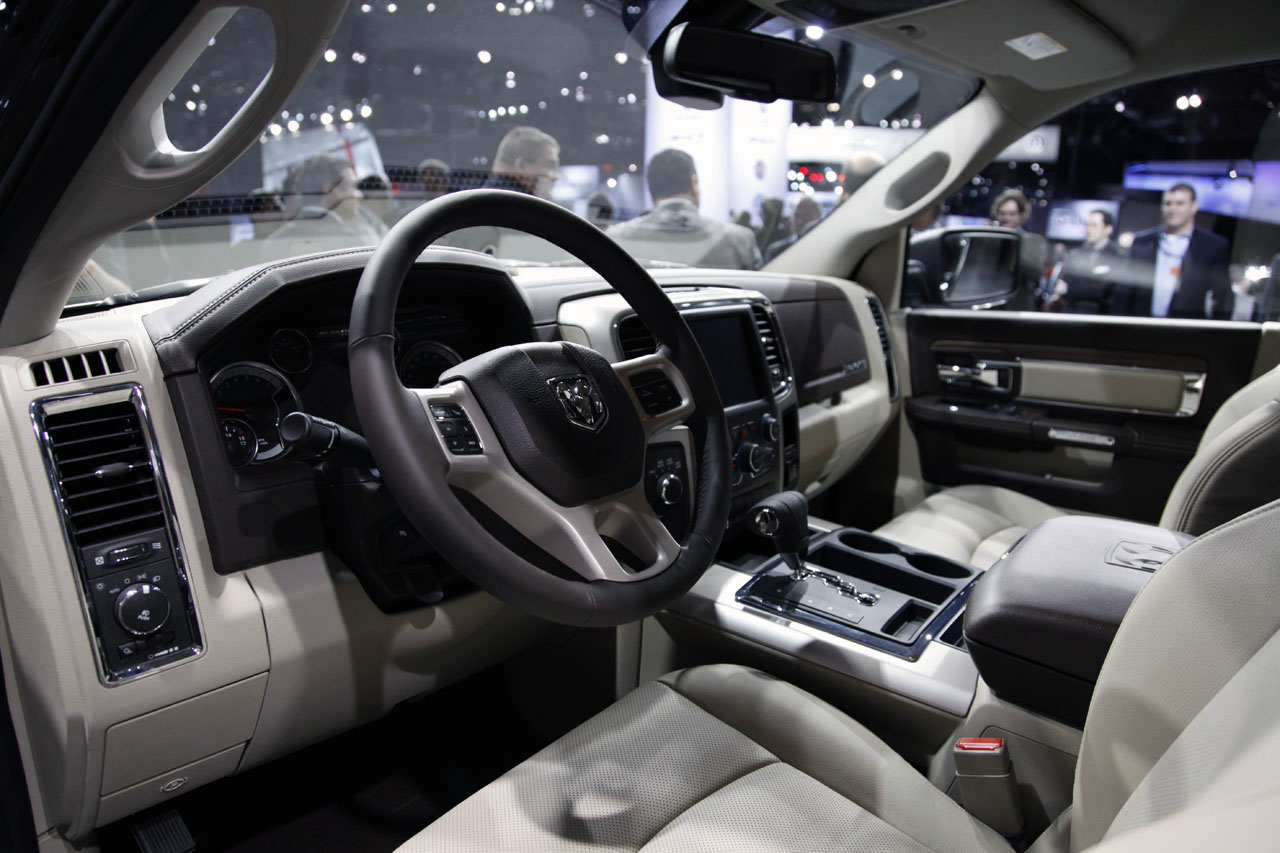 This engine is more modern, refined, comes with the same gearbox and features a start stop system. Anywhere up to 30% better fuel economy can be expected.

The final big bonus of the 2013 Ram 1500 pickup is in the optional air suspension. It’s more comfortable than the traditional setup and can be raised or lowered by 1.1 inches depending on road conditions or loading situations. 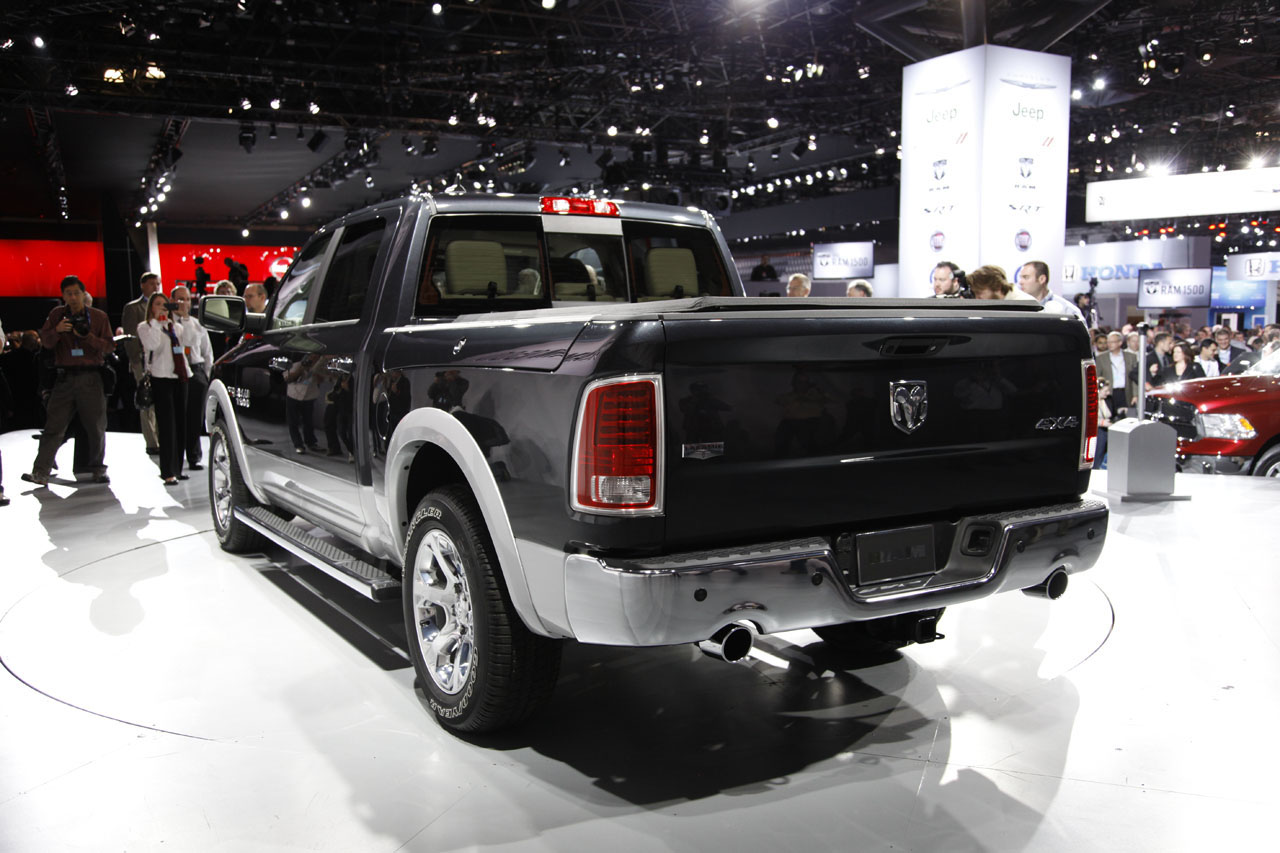 What’s really impressive is that it comes with an automatic load leveling system which is really handy in a hauler.