2014 MINI Cooper spotted on the streets 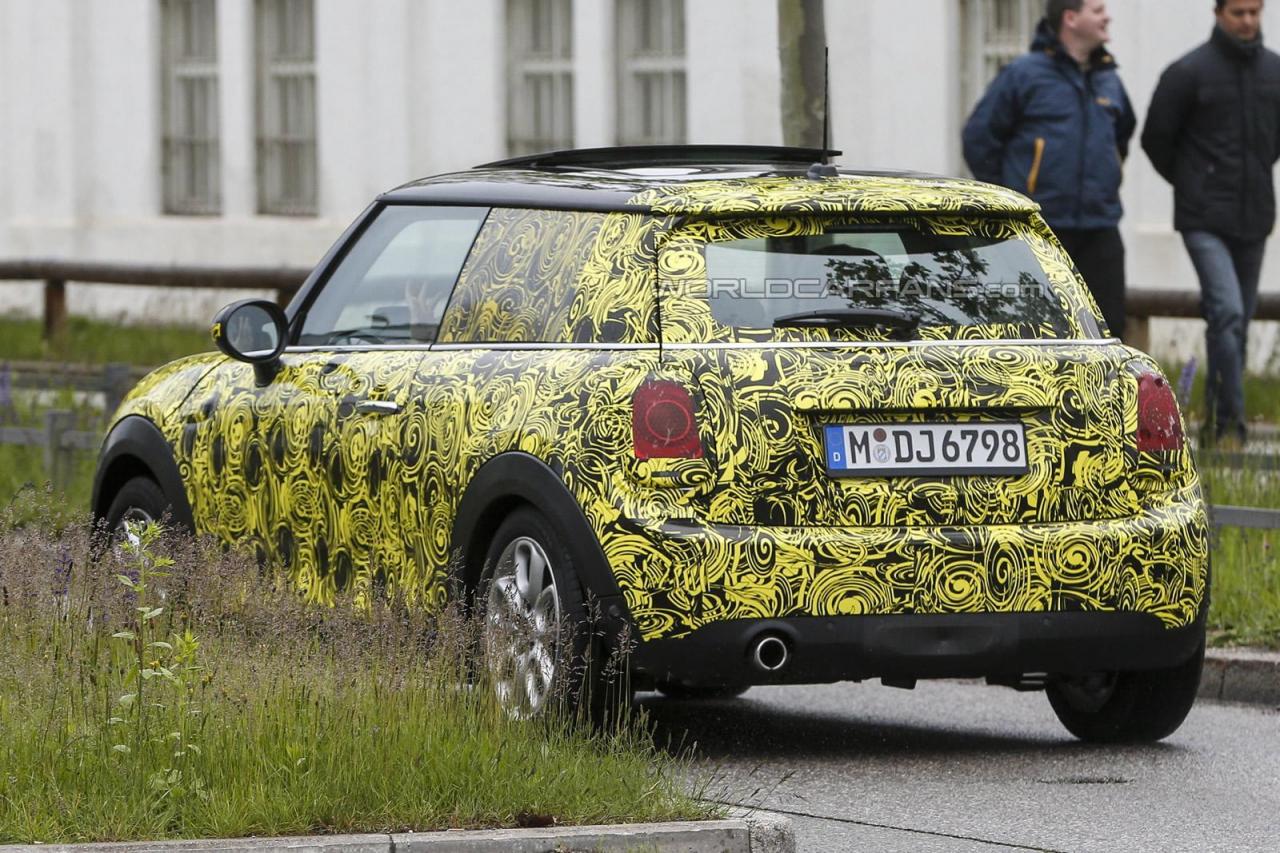 MINI is preparing the 2014 Cooper for a debut later this year, most likely at the upcoming Frankfurt Motor Show.

The British model has been spotted on the German streets, still wearing a thick layer of camouflage. According to the current information, we expect the new model to be slightly larger, both longer and wider with a larger hood and a revised front grille.

Of course, we expect slightly revised optical blocks, alloy wheels and rear end. Inside, buyers will find an all-new instrument cluster which replaces the well-known speedometer placed in the center of the dashboard.

New materials, trim and inserts are also going to be found on the 2014 MINI Cooper.

Power will be provided by a wide range of engines with the range-topping John Cooper Works model to be powered by a 1.6-liter unit producing 217 horsepower.