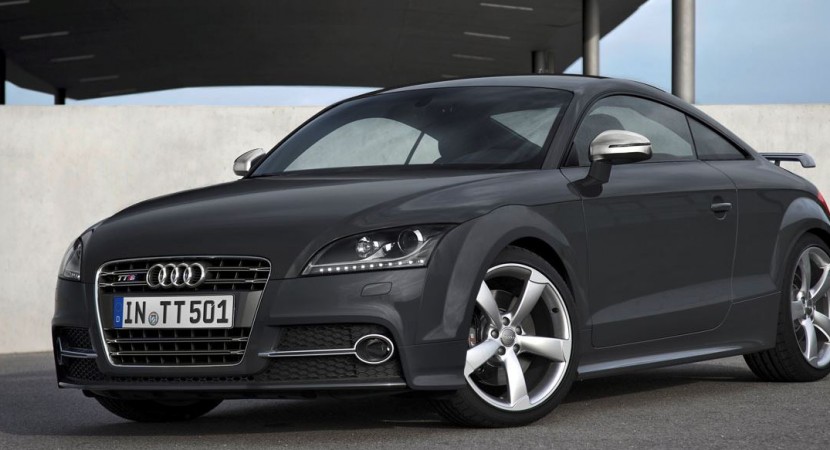 Audi came to 2014 Geneva Motor Show with its third-generation of TT, featuring a fresh new style for the coupe and the roadster versions.

The two versions will bear the 2015 TT and TT name models, the coupe and the convertible one, the latter coming with some fine new tweaks.

The 2015 TTS come with a revised single-frame grille and LED daytime lights. Inside, both versions get some tweaks as well. Fancy customers may also want to get a piece of the optional Competition Package that the spectacular Audi TTS has to offer.

Thus, the all-new Audi TTS Competition Package gets the star package that Audi also enhanced on the 500.000th TT.

The package includes five-spoke alloys, fixed rear spoiler, leather seats with contrasting stitching and a yellow or gray color to choose for the body.

Under the hood, the 2015 Audi TTS goes wilder with a 2.0-liter turbo four-cylinder, developing a finer 265 horsepower than the TT`s power of 211 ponies.