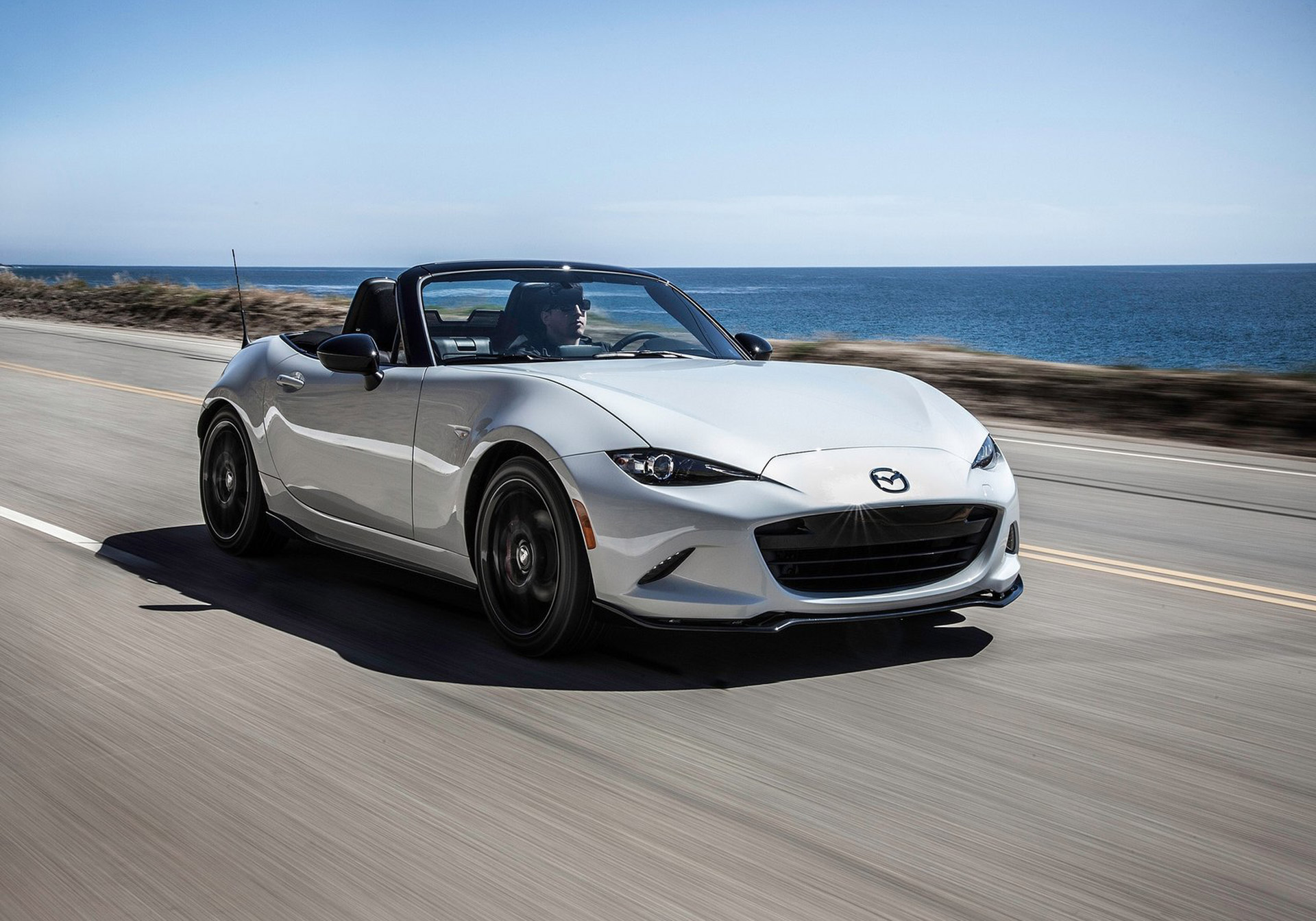 The Mazda Japanese carmaker has finally announced the prices for its legendary 2016 MX-5, the model coming from the base $27,735, once it will be launched on the United States market, this summer.

The 2016 Mazda MX-5 in the aforementioned price will be coming with a lot of interesting features at the body, like LED headlights, taillights, the 16-inch alloy wheels, while inside, you will get Bluetooth phone connectivity, USB input, a high-end audio system, six-speed automatic transmission and a few more. In case you want keyless entry, than you will have to pay an extra $130.

If you don’t want to settle with the base entry, then you can also buy the 2016 Mazda MX-5 Club, priced from $29,220, for which you will get more gizmos inside, like the Mazda Connection 7-inch touchscreen infotainment system, nine-speaker Bose audio, with the drivetrain also sporting a limited-slip differential, Bilstein shock or front brace.

On the other hand, the 2016 Mazda MX-5 Grand Touring will take the luxury to a whole new level, coming inside with leather trim for the heated seats, while outside, the top of the line model will come with Brembo front brakes, upgraded side skirts and rear bumper. More details will be announced this summer!