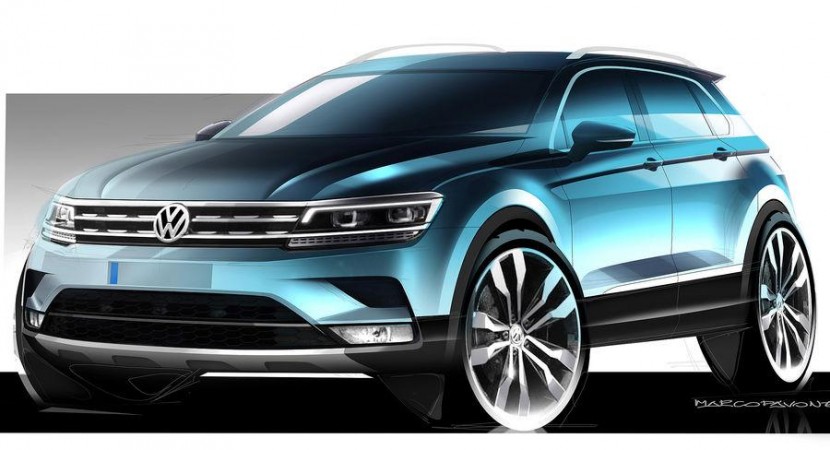 The 2016 Volkswagen Tiguan is ready to be officially unveiled at the 2015 Frankfurt Motor Show, which will open its gates this Tuesday, but the German based carmaker is already teasing us with two official sketches, which reveal the bulk design and massive wheels.

As we know so far, the 2016 Volkswagen Tiguan SUV is based on the Volkswagen Cross Coupe GTE Concept and will come with a new and evolutionary design, consisting of new front grilles which showcase wider headlights, chrome details, new taillights and a few more.

Even if the sketches are showing the new Tiguan with those massive wheels, don’t expect the real SUV sporting such, but will come with wide wheel arches along with some black trims on the lower body sections.

Apart the bulk yet evolutionary design, the 2016 Volkswagen Tiguan SUV will also stand on the company`s new MQB platform, which will make it 80 kg lighter, due to the more advanced materials, such as aluminum and carbon fiber. The model will be also more fuel efficient.

Under the hood, we expect a 1.4-liter TSI petrol unit, with a base 125 horsepower. Rumors also have it that a new engine will complete the lineup, like the new TDI with around 240 horsepower. The top of the line 2.0-liter TDI from Passat, might also join the club.The full detail list will be revealed this week at the 2015 Frankfurt Motor Show. 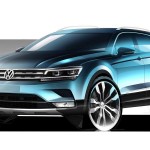 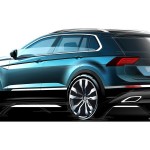