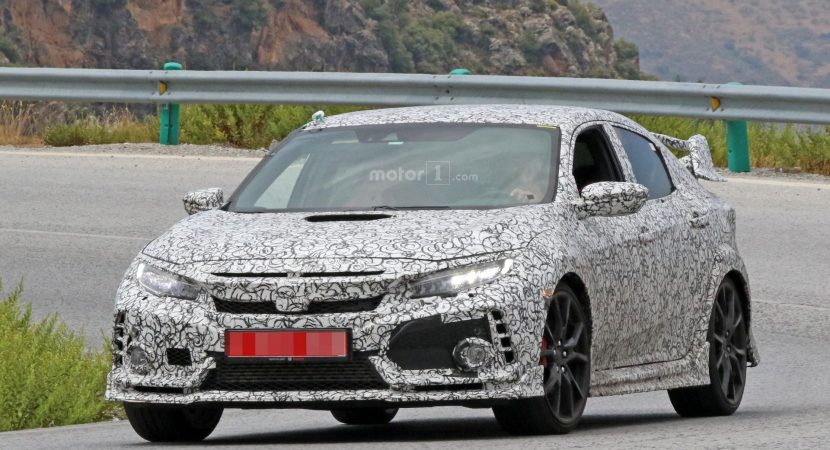 Remember the previous Honda Civic Type R which managed to set a new record lap on the Ring? Yes, it blew away the competition with 50:63, and thanks to latest mechanics and sheer performance under the hood.

Now, the Japanese carmaker is trying to regain the royal crown it once had, and plans to introduce a much more potent and more aggressive version.

And the one seen in the spy photos while undergoing tests on the road in Spain, is no other than the 2018 Honda Civic Type R, now coming with improved aerodynamics.

As we can see from the photos, the all-new Civic Type R is now coming with updated front bumper with wide air vents, vertical louvres, as well as a triple exhaust tips at the rear, which resemble those seen on the Ferrari 458 Italia.

The presence of the triple exhaust tips indicates the presence of a new engine lineup, at least in theory. According to new reports, the finished version is likely to be equipped with an upgraded 2.0-liter flat-four cylinder, which would produce more than the present 305 horsepower and 400 Nm of torque.

In the United State, the US version will also receive a hardcore Type S with an upgraded 1.5-liter turbocharged. The power will be sent to the front axle, just like the previous generation.

Full details will be revealed this autumn, when the model is expected to be launched in the United State. Meanwhile, take a closer look at the spy photos and decide for yourself the kind of power it will come with! 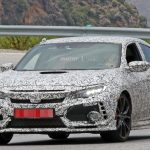 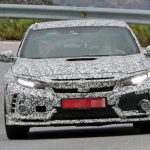 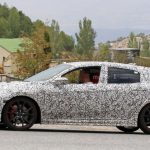 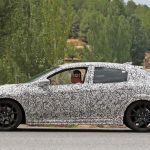 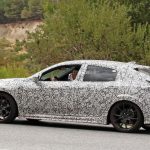 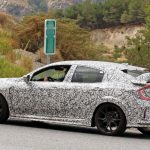 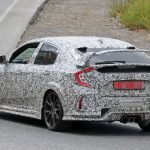 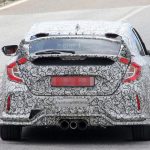 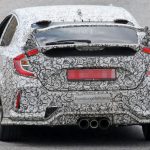 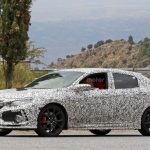