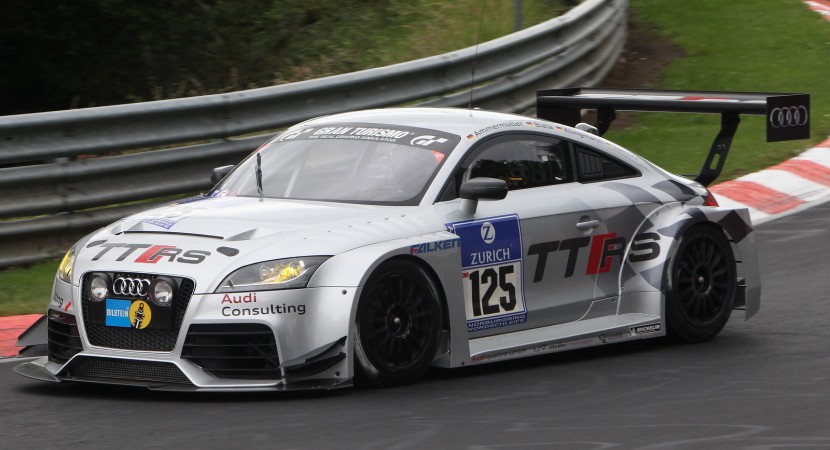 Audi has just announced the market launch of their new TT RS racer, a vehicle they designed based on the TT-RS street car that is everything but that.

With a goal to cover Audi’s customer racing necessities it will be taking place in the SP4T class of the VLN Endurance Championship. 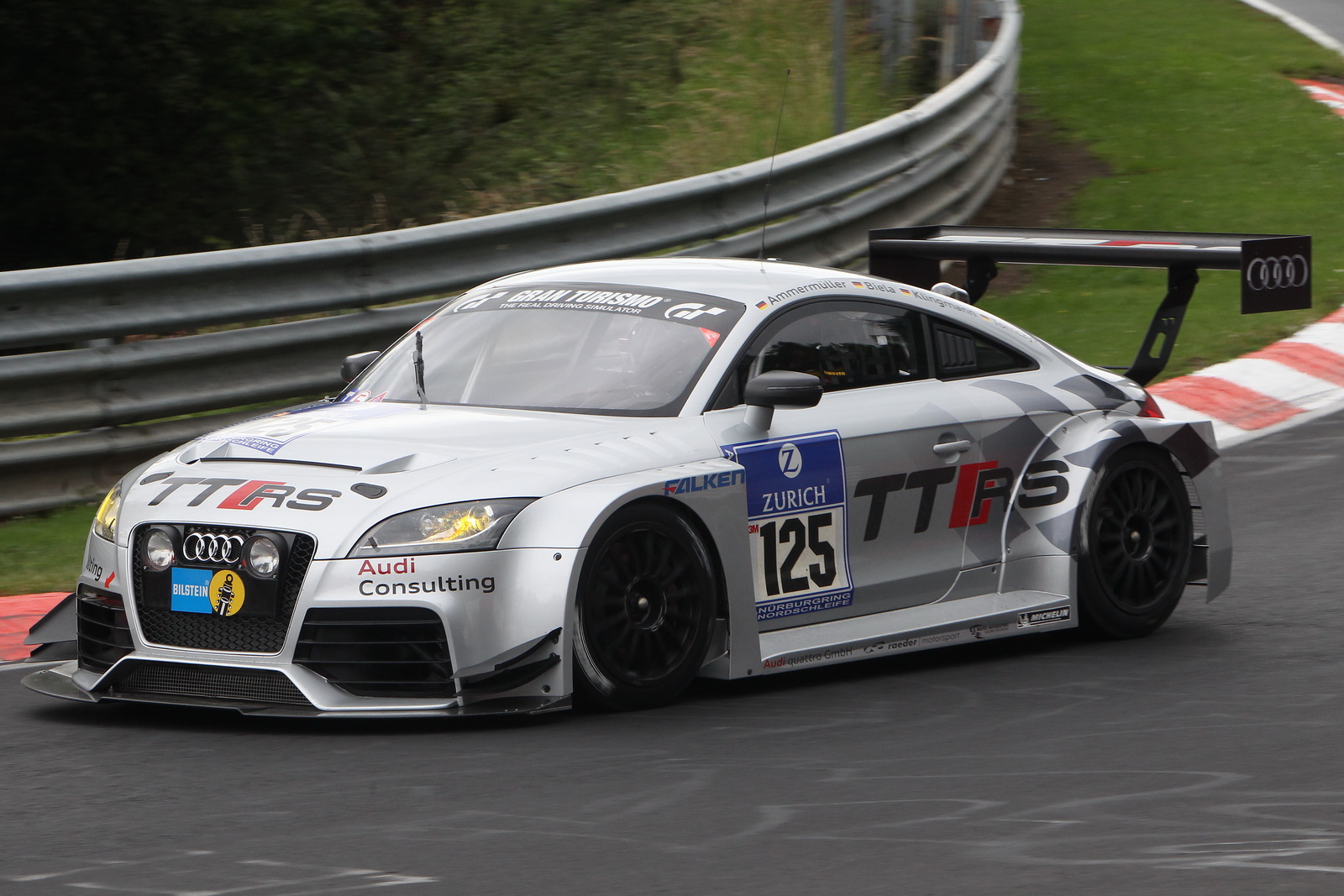 The “birth” of the car is credited to big names such as Quattro GmbH and Audi’s technical development department with most of the testing being undertaken at the Nurburgring Nordschleife racetrack.

From the outside, you’ll find a new widebody aerodynamic setup, a new set of wheels, a new racing style rear wing and a considerably beefed up brake package. 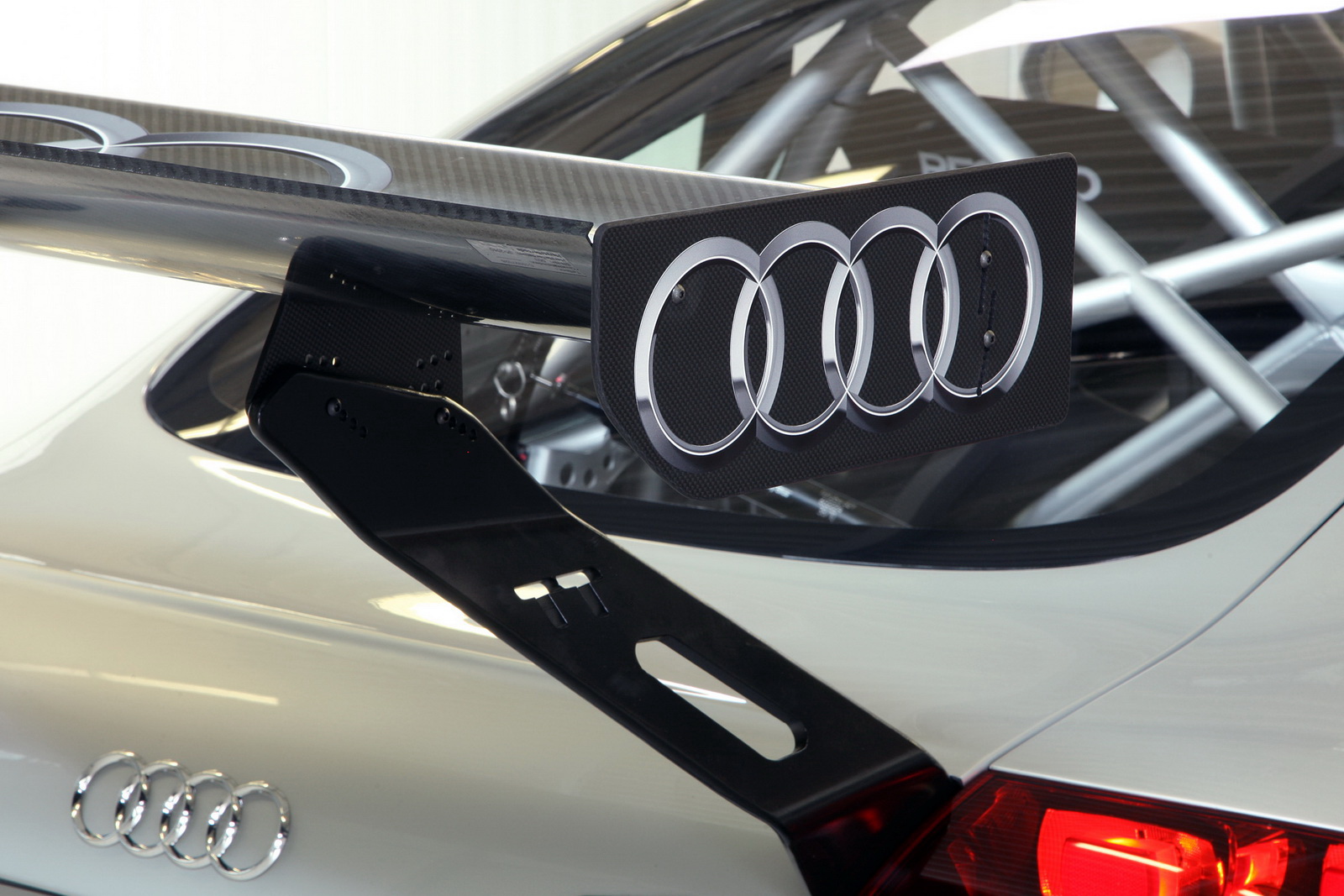 Underneath the new appearance the company’s 2.5 liter turbocharged 5 cylinder engine was tuned so that it pushes out an extra 40 ponies making the grand total stand at 380 horsepower.

Not uncommon for a racing car, the new Audi TT RS goes from a four wheel drive setup to having just two of the wheels powered. 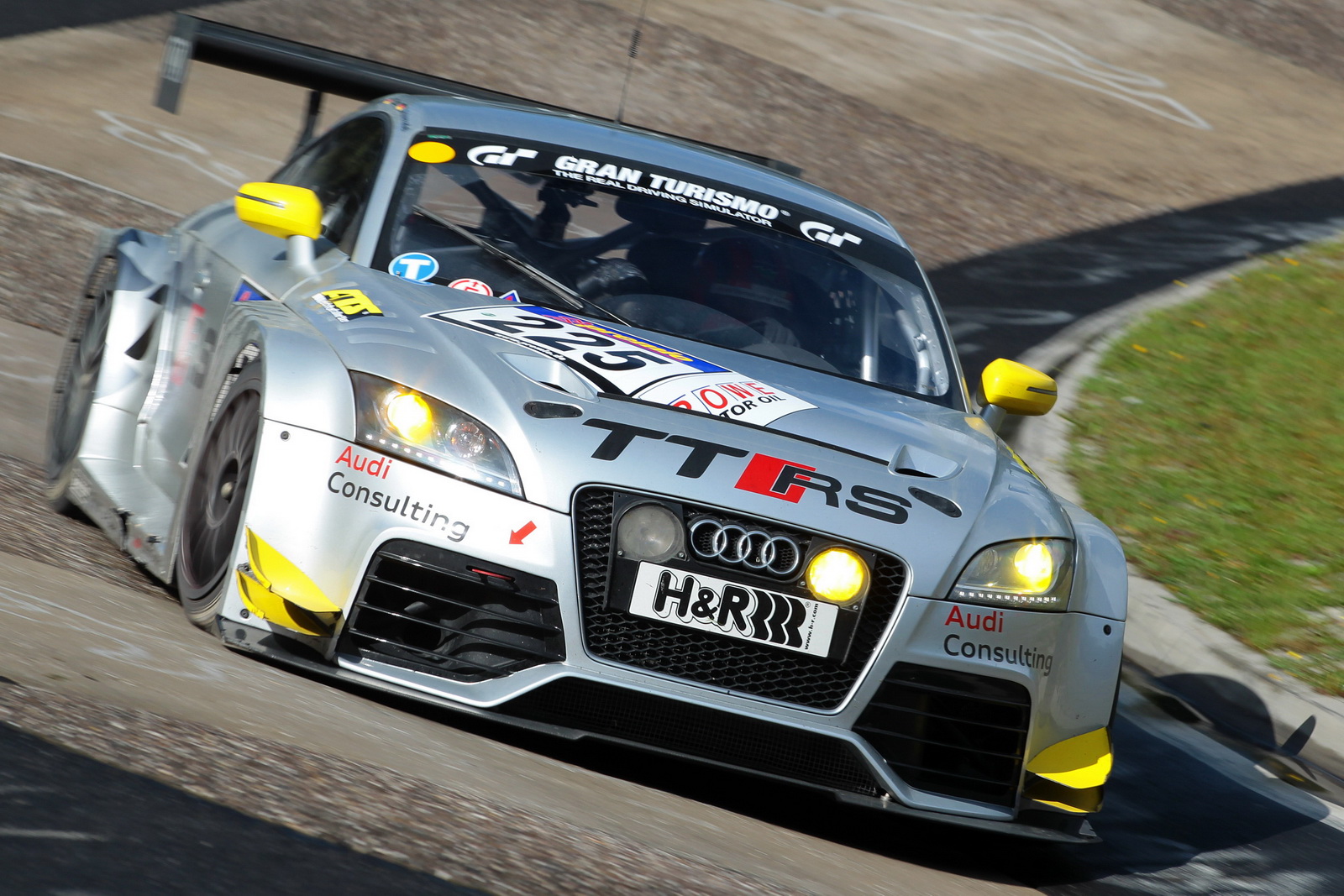 What is uncommon however is the fact that Audi’s motorsport division went for the front wheel drive option instead of racing preferred RWD.

If you own a racing team, have where to race and are interested in the brand new Audi TT RS you can have one for just 180.000 euros, which is the equivalent of nearly 250.000 dollars.