It seems that the Germans from Audi are ready for the 2012 Daytona 24 Hours race as the Audi R8 GRAND-AM racing model completed the testing. The new high performance racer is based on the R8 LMS GT3 but brings significant improvements over the previous vehicle. To begin with, the German engineers mounted a revised front splitter, rear wing and air diffuser while the traction control system along the ABS function are no longer available in order to meet the new regulations. 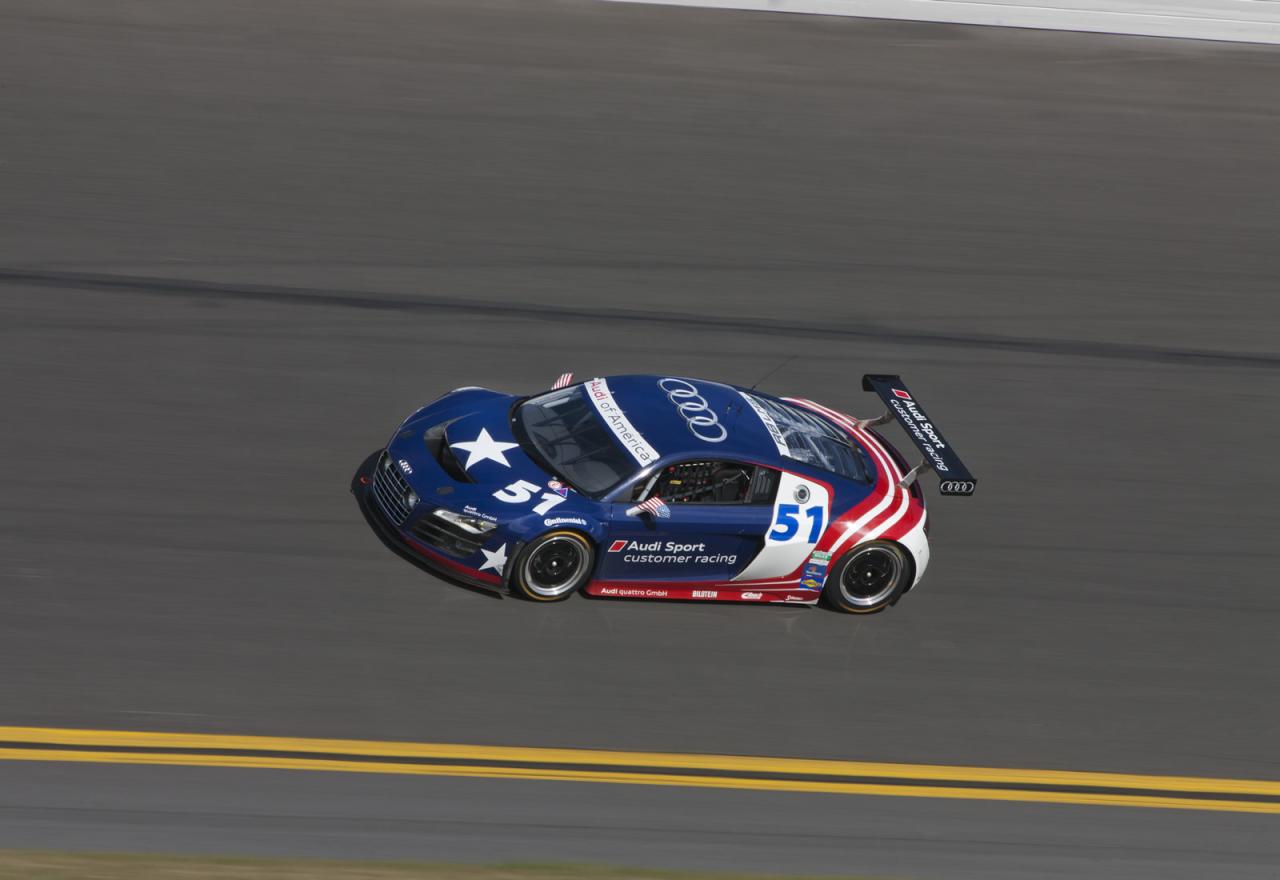 “We successfully tested all the modifications at Daytona. With Frank Stippler we developed a sound and solid set-up for our customers and also gathered valuable findings in the endurance tests,” said Romolo Liebchen, Head of Customer Sport at quattro GmbH.

In order to ensure that the modifications brought to the old R8 LMS GT3 are meeting the expectations, driver Frank Stippler completed about 1000 test kilometers with the new Audi R8 GRAND-AM. Audi also said that there will be two vehicles for the 2012 Daytona 24 Hours in order to increase the chances at the podium. It remains to be seen if the revised racing car will be able to be the first model at the finish line.