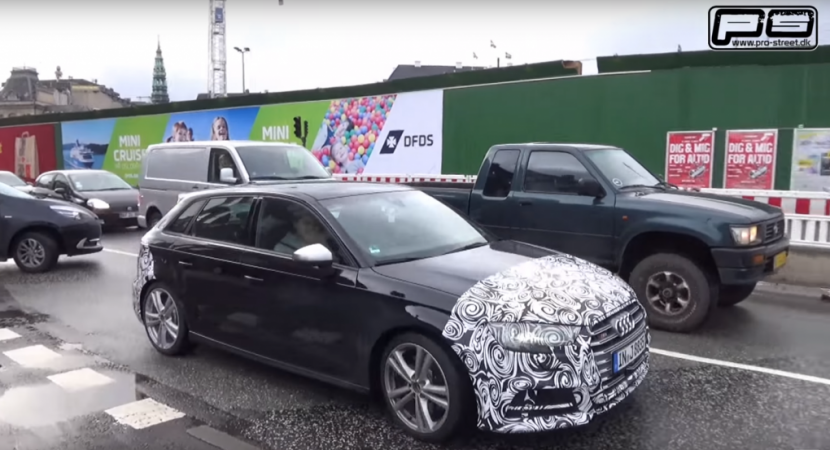 Audi has recently started testing the facelift version of the S3 Sportback, the model being caught on a video in Copenhagen. The new S3 Sportback will join the A3 lineup for an official display at the 2016 Geneva Motor Show.

The Audi S3 Sportback will come with just minor updates as opposed to the current version, but even so, I personally cannot distinguish any of them, concerning the fact that all models, versions, you name it, look all the same.

So, here we are with the facelifted S3 Sportback taking its design cues from the A3 sedan, A3 cabrio and of course, the standard A3. We should hope for some cues of its own, and perhaps these might occur on the camouflaged area.

As we can depict from the spy video, the Audi S3 Sportback facelift might come with a new rear bumper and liftgate. Otherwise, we will see the same styling. The interior is also said to be updated with the new Audi Virtual Cockpit with the 12.3-inch instrument cluster.

In the engine department, the Audi S3 Sportback might keep the same 2.0-liter turbocharged flat-four cylinder, which in the present version outputs 292 horsepower and 380 Nm of torque. This one sprints from 0 to 100 km/h in just 5.5 seconds, via a standard six-speed manual.