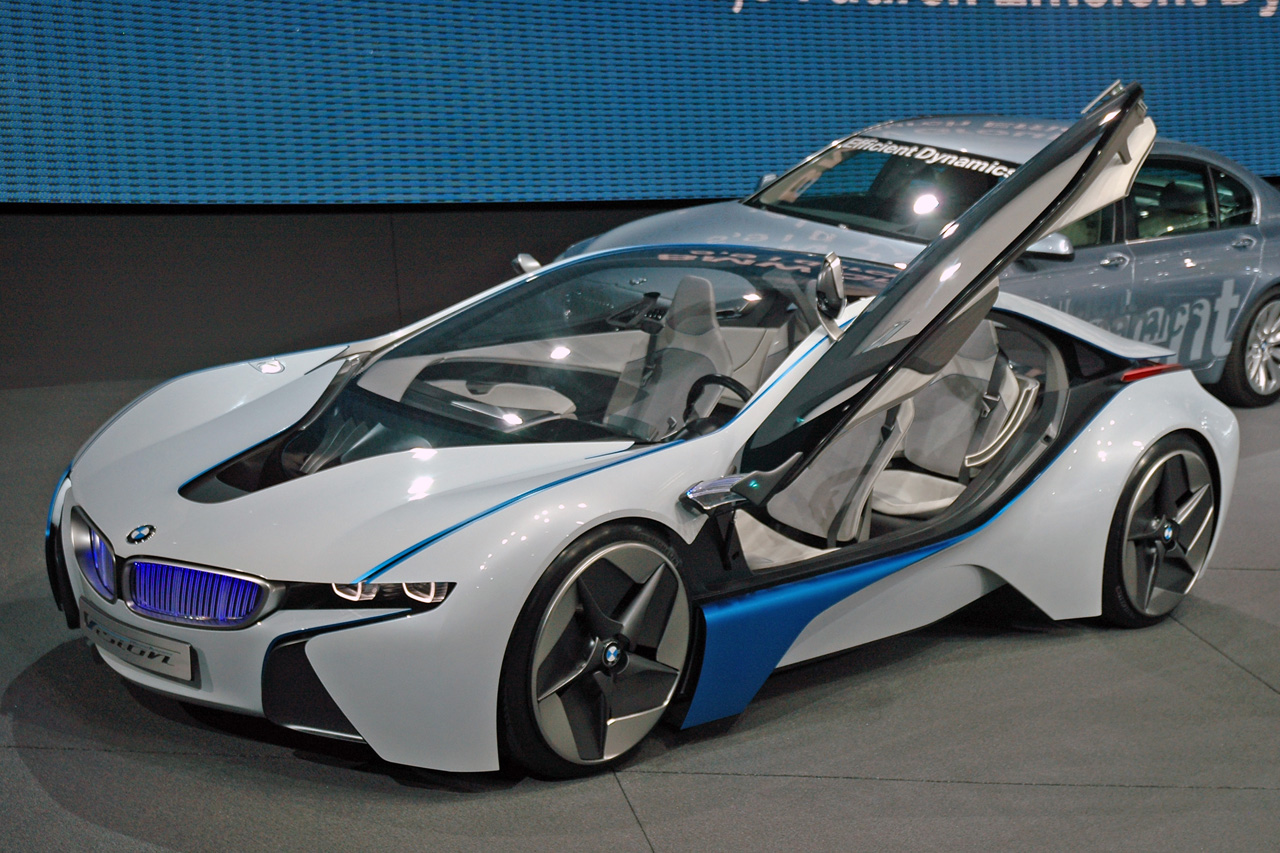 A recent report from my favorite place in the world “the Internet” the Bavarians have cooked up quite a bit of a surprise. The BMW Vision Efficient Dynamics Concept will go into production after all.

Beside the tasty news of the BMW VED Concept being on its way to the dealership floor, the cheeky Germans also sent out some technical details of the environmentally friendly vehicle.

First of all there’s the branding so the BMW VED will become a production BMW i1 or BMW i100. The serious stuff underneath will make the BMW Vision Efficient Dynamics Concept ride on a carbon fiber chassis. Not much information on the suspension and such but I’m sure BMW will make this car enjoyable so let’s move on to the power.

The BMW Vision Efficient Dynamics will be powered by a 1.5-liter engine with only three cylinders and a couple of electric motors. That may not sound impressive but with the 1.5 liter engine putting out 181 horsepower and the two electric ones another 93 each the car should still have plenty of go. All of the power will go through a double clutch transmission and head for all of the wheels.

The estimated performance figures of the production version of the BMW Vision Efficient Dynamics could hit 60 in four seconds while still managing to return 58 mpg. According to BMW about 30.000 units will be produced over a period of five years starting 2013 and a projected price is somewhere between 125.000 and 175.000 dollars.