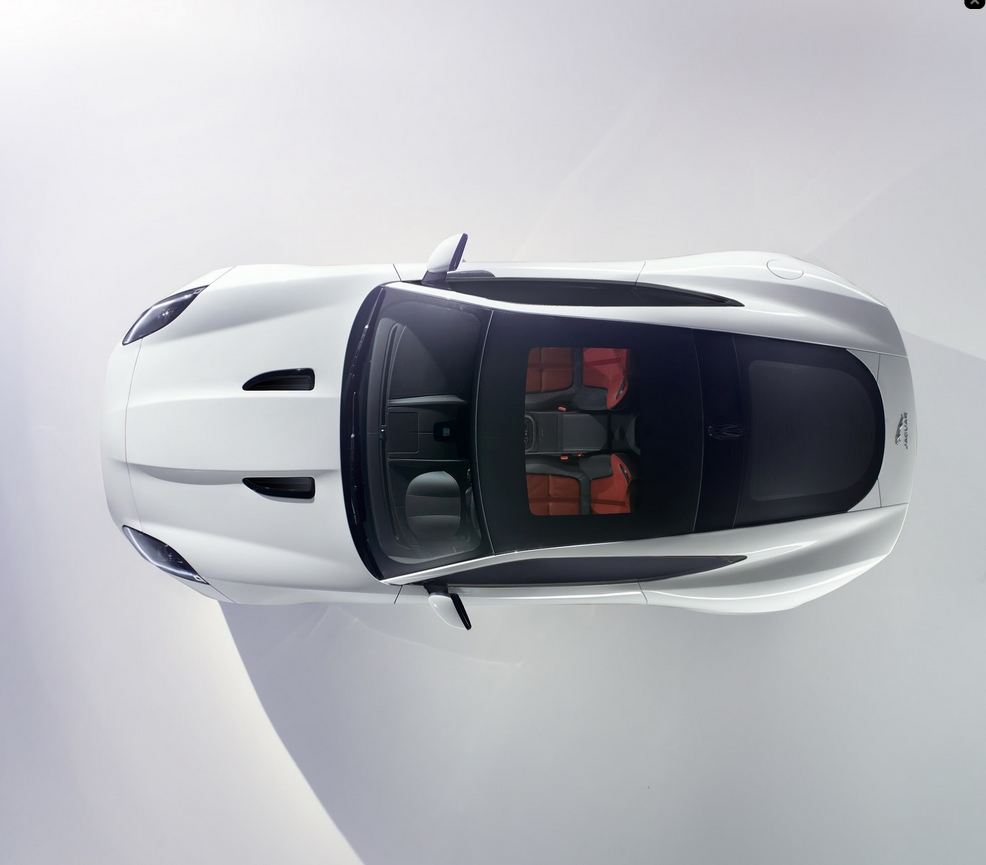 Jaguar released an official teaser for the upcoming F-Type Coupe, a model which will be seen in world premiere at the Los Angeles Auto Show on November 19. The Coupe model draws its inspiration from the company’s C-X16 concept and is expected to benefit from a 3.0-liter V6 engine producing 335hp and 375hp.

The range-topping version will be a V8 powerplant producing 488 horsepower and linked to an eight-speed transmission.

The teaser image shows the British model from above with the vented hood, glass roof and sloping roofline standing out.

“The excitement generated when we revealed the C-X16 concept was terrific; so to now be on the cusp of what I can assure you will be a drama-filled reveal event in Los Angeles for F-TYPE Coupé is a very significant moment,” claims Jaguar.

One day after the model’s debut at Los Angeles, the F-Type Coupe will be seen at the Tokyo Motor Show as well.