Mini confirms the Paceman Concept for series production at Detroit 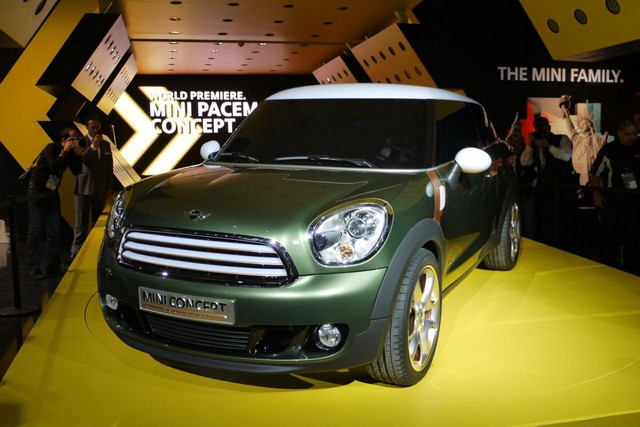 Borrowing Countryman’s platform, the British concept developed by Mini has been introduced at the Detroit Auto Show, in the same time the officials confirming that the model will enter production probably next year. BMW’s subsidiary Mini tries to extend its range and considering that last year the British people managed to set a record in terms of sales, with about 234,000 units, they have serious plans to continue this growing trend.

Together with the live photos from Detroit we are happy to find that the Paceman concept will enter production, of course with some minor changes compared to the concept. The statement has been made by Ian Robertson at Detroit.

Most probably under the bonnet will be offered the 1.6-liter petrol engine able to develop 211 horsepower while the ALL4 all-wheel drive should be available too. However the answer might be, we got the official confirmation that a new model based on the Paceman concept will be introduced soon.