Automotorblog: Daily news on cars and motorcycles Blog Opel Opel could be joining the “small and cute” market
Opel

Opel could be joining the “small and cute” market 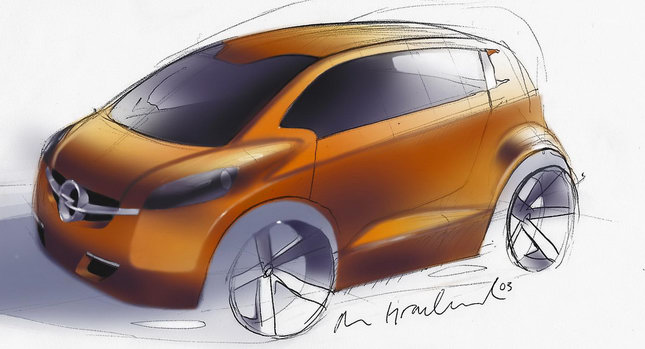 However, when Audi joined the game it sparked quite a bit more interest from GM’s Opel brand. The sketch above is not of the actual car but the Opel Trixx concept does seem to be in the ballpark.

Opel/Vauxhall have come forward with an announcement that made for a car that enter development as a new small car to fit below the company’s Corsa.

The soon to be “new” car has a codename and if you ask people about the “Junior” this is what will come to their minds.

So far, nothing on specs and such but we’ve been given a bit of a heads up from the marketing committee, to be precise the head of it, a mean who goes by the name of Alain Visser who wants you to picture this car as an iPod on wheels and it’ll be aimed at the young consumer who is passionate or in need of high technology.

Therefore expect this to be a slick computer with headlamps that your ten year old will be driving when he gets his license. There’s something else, CEO Nick Reilly considers customers will pay a little bit more for a small car that has a lot of technology on it and slightly more if it has good economy.

This means that even if your kid will be able to afford to run one by himself he’s going to need some help from you to get his own Opel “Junior”.

Graphics are getting big on the automotive market