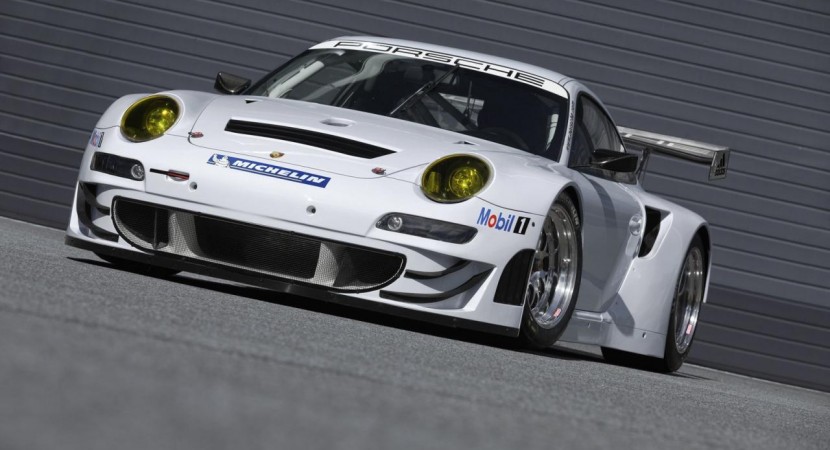 Porsche decided to pull the wraps off the new 911 GT3 RSR, a model based on the previous generation known as 997. The new German racing model is ready for the 2012 season and comes with slightly more power under the bonnet. To be more precise, the 4.0-liter six-cylinder boxer engine is able to deliver 454 horsepower over the 449 horses comparing to the previous model. 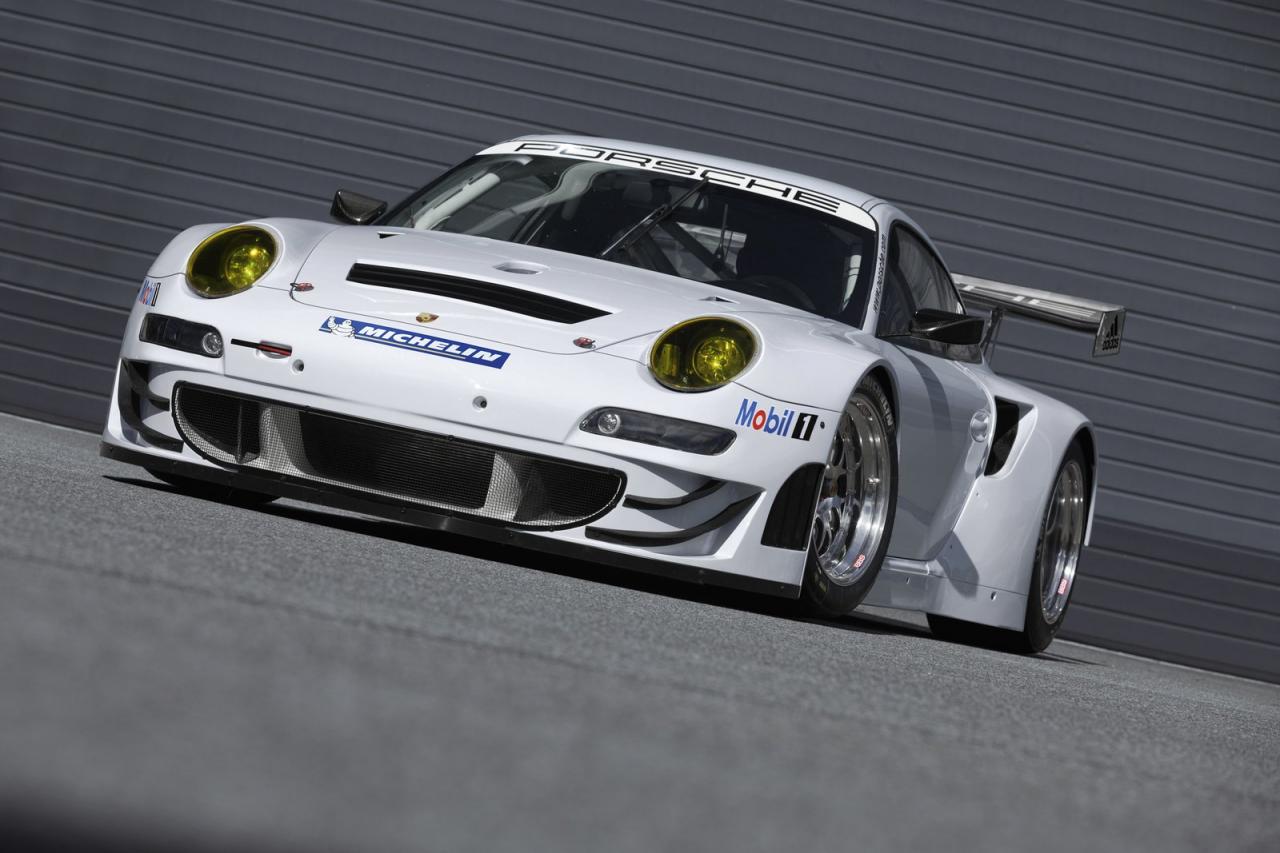 Quite expectable, the unit is coupled to a sequential gearbox with six speeds, the driver having the possibility to use the paddle shifters on the steering wheel for a faster gear shift. 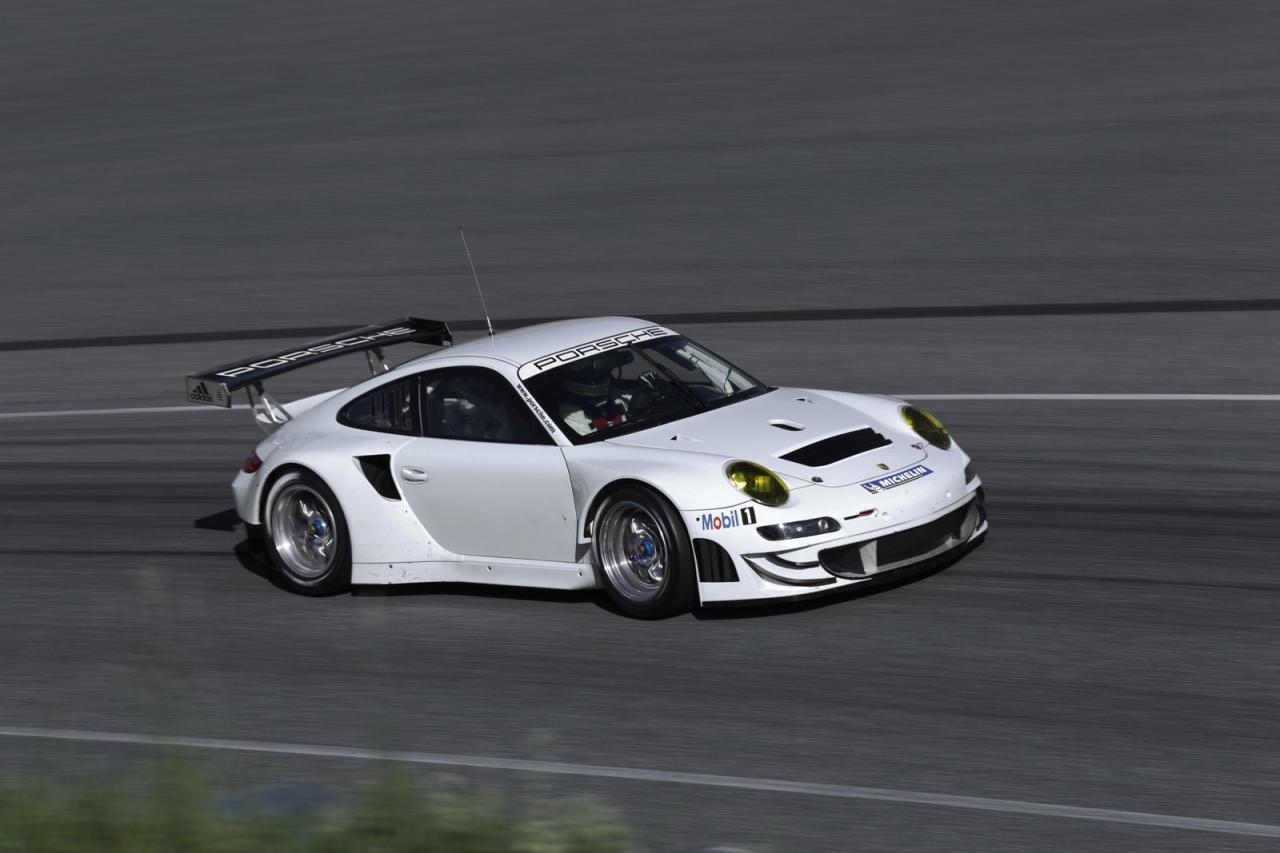 If you want to know when the new Porsche 911 GT3 RSR will hit the track, we inform you that the German model is scheduled to race in both the Le Mans and American Le Mans Series but also in the FIA World Endurance Championship and Le Mans 24-hour. 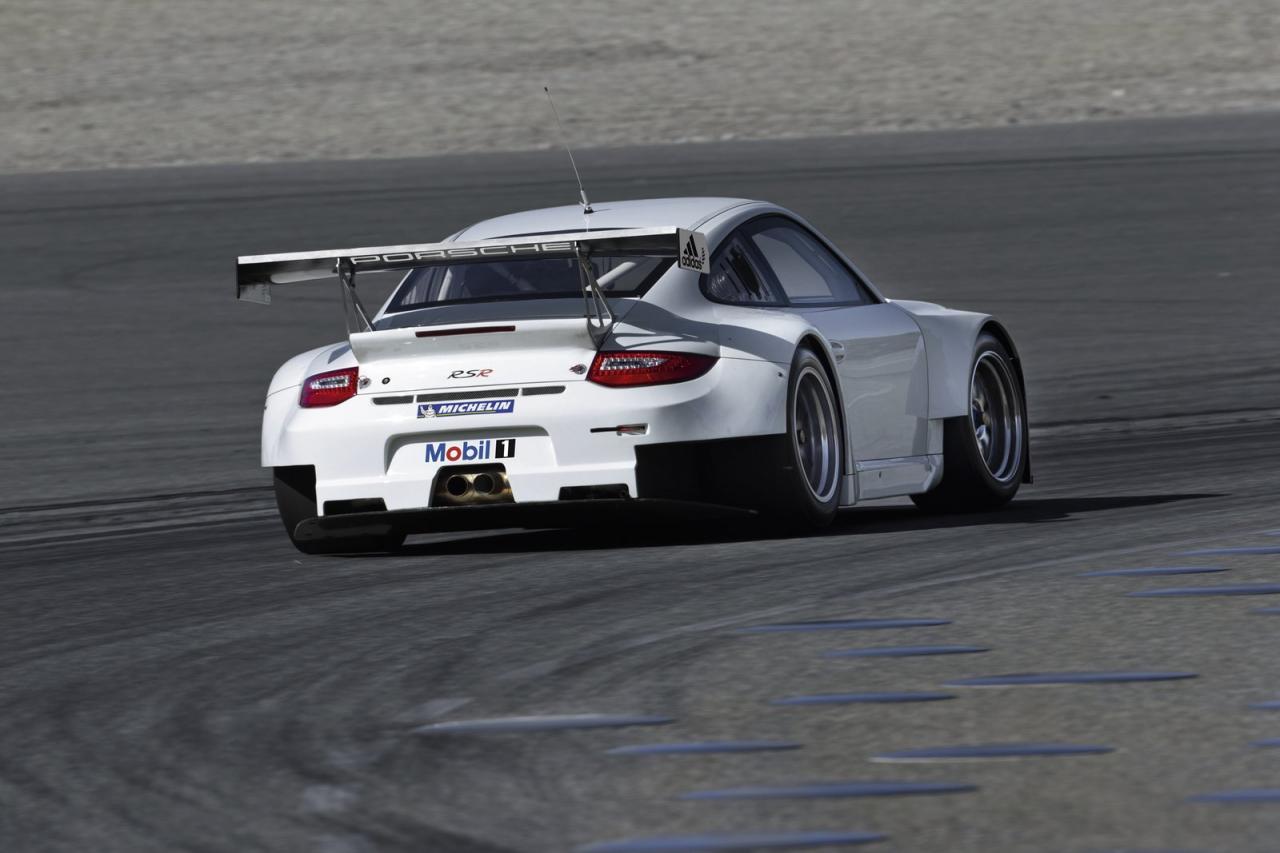 “The new Porsche 911 GT3 RSR is ready to race. The top model of Porsche Motorsport’s customer racing vehicles will head into the 2012 season with extensive modifications. Particularly striking at first glance are the changes to the body: the width of the new GT3 RSR has grown by 48 millimeters,” says Porsche.