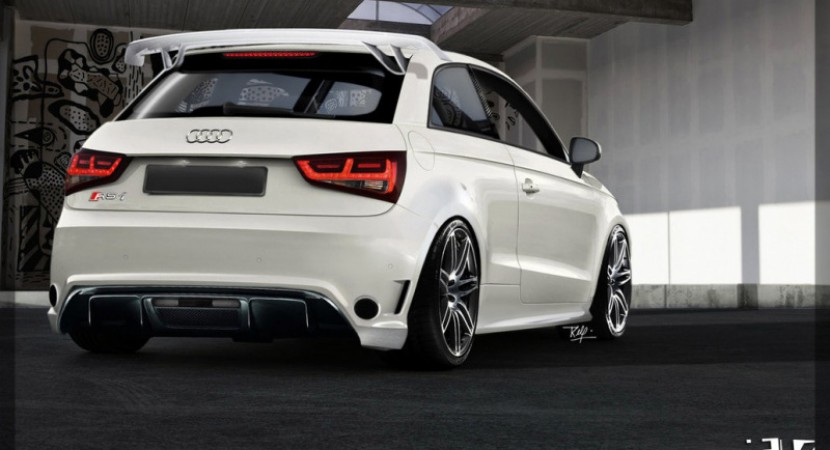 Even the RS version for Audi A1 wasn’t confirmed by anyone from Audi, people at TK Tuning revealed with the help of AudiBlog two renderings showing us how the RS version of the small Audi model should look like. The front part of this rendered model received some black tinted front lights, a redesigned front bumper, a large rear spoiler, a set of 19-inch alloy wheels and a lowered ground clearance that increases the aggressiveness of the model in Ingolstadt. 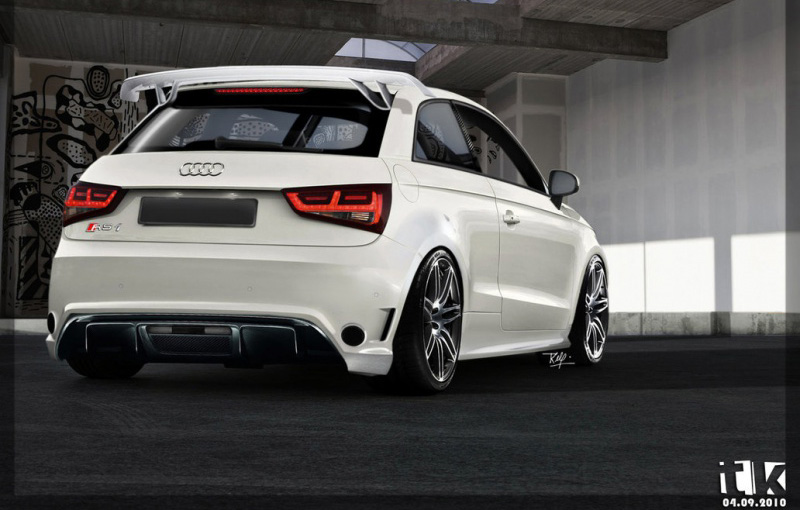 The rendered model benefits from a 245 horsepower TFSI propeller with a capacity of 1.6 liters, a limited-slip differential for the front axle and a seven-speed S Tronic gearbox to handle the 1.6-liter TFSI engine power. 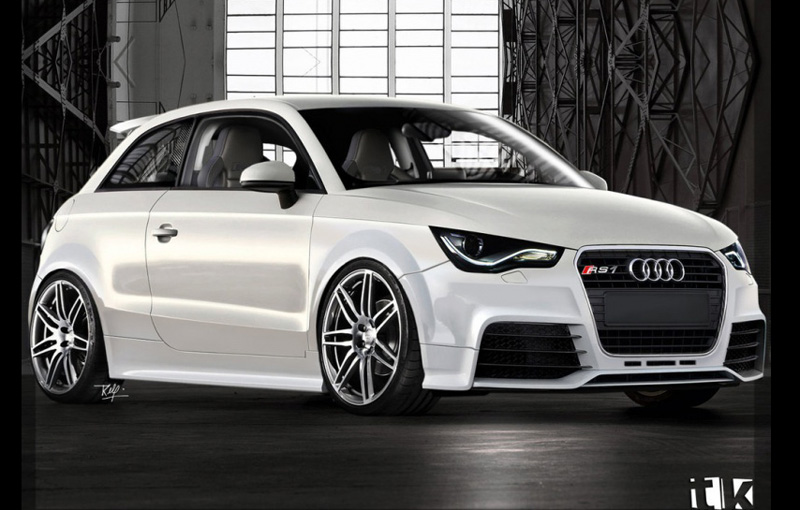 The sides of the small model including the doors, the wheel arches and the bumpers were swollen looking like a fat kid (no offence), but in automotive terms mostly this type of wide bodykit improves the visual appearance.