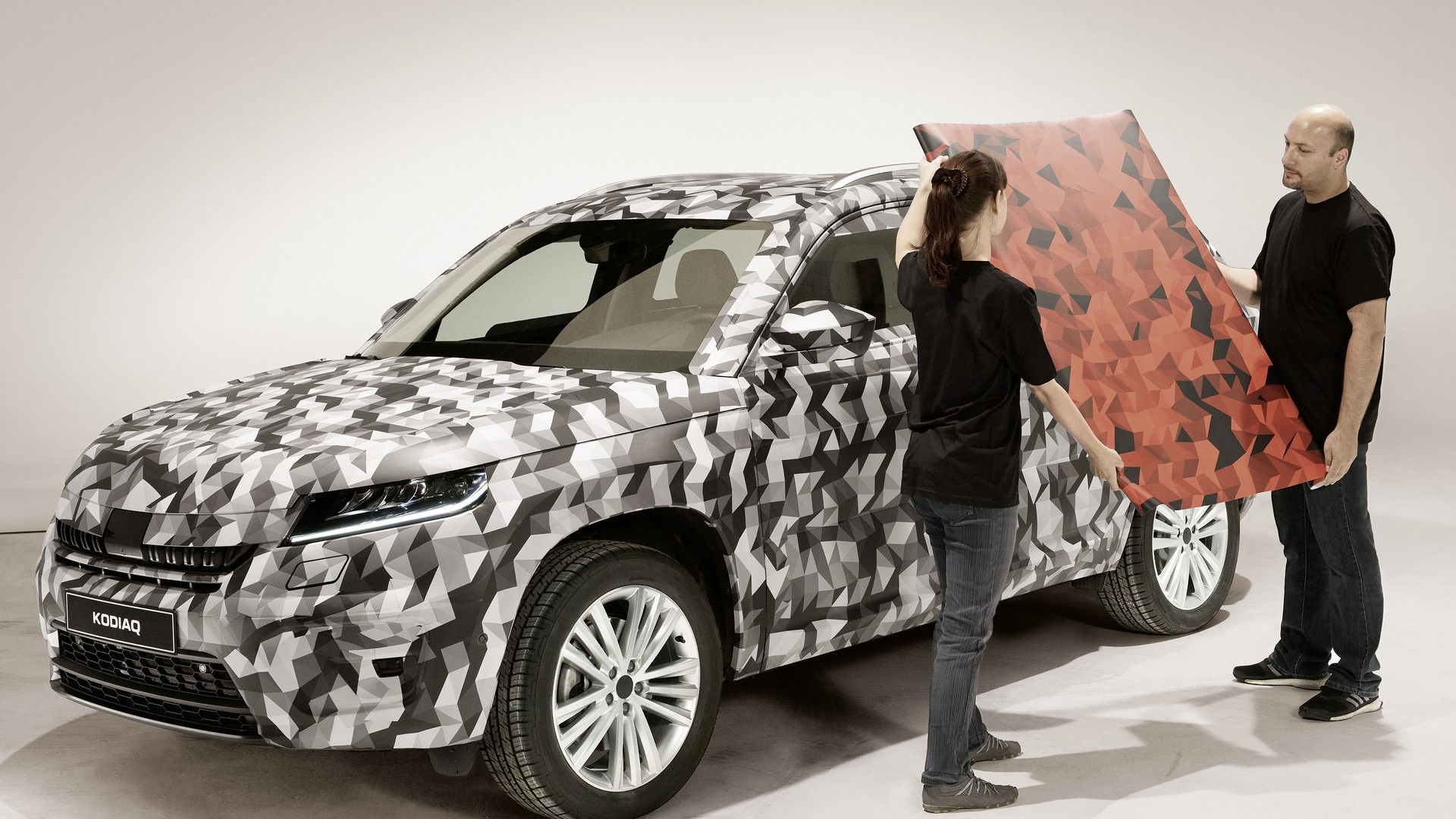 The SUV segment is fast developing, with a lot of carmakers already announcing their latest models. Skoda is back with another teaser and details of its upcoming seven-seater Kodiaq SUV, announced for an official display at the Tour de France`s final stage.

The carmaker has announced that the Kodiaq would be wearing camouflage during the final stage of the Tour de France, without revealing its seven-seater configuration. The SUV would wear black, grey and white disguise with red accents.

Announced for an official debut at the 2016 Paris Motor Show, the all-new Skoda Kodiaq SUV is going to be a big lad, measuring around 4.7 meters long and coming with a cargo capacity of 2.065 liters with the rear seats being folded.

The model will also come with a wide array of engines under the hood, both gpetrol burners and diesels. To be exact, there will be three petrol burners and two diesels, with turbo configuration and six-speed manual transmission. One of the most potent mills would be the 2.0-liter TSI, with around 180 horsepower.

The Kodiaq will also come with a front-wheel configuration in the cheapest versions, while the more expensive ones will have an all-wheel drive system and plethora of other high-end features, including the Dynamic Chassis Control.

Both the five- and the seven-seater versions will arrive in dealerships worldwide in 2017, with prices to be announced prior to their debut.