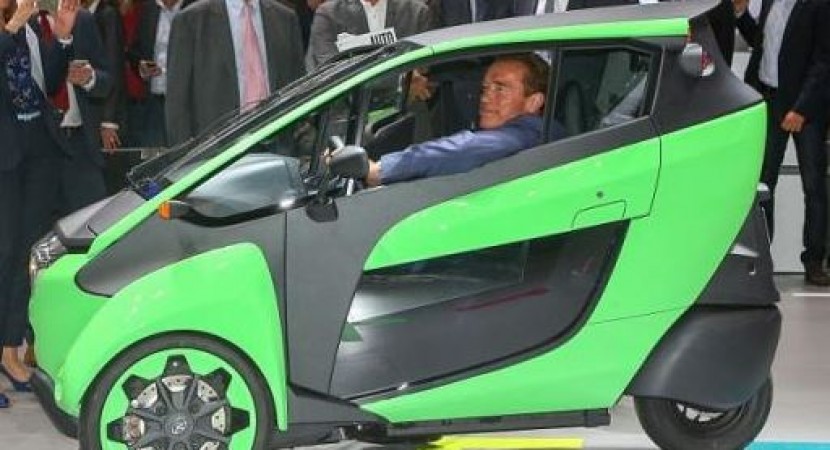 The famous American actor that set the paces and revolutionized the science fiction genre with the “Terminator” series, has been seen at the 2014 Paris Motor Show riding a Toyota i-Road Concept.

We are not used to seeing the “big guy” riding such small vehicles, as the guy has indeed a passion for big and muscular cars like Mercedes or BMW, but this time the actor was the one man show who took the Toyota- i-Road Concept at the event. 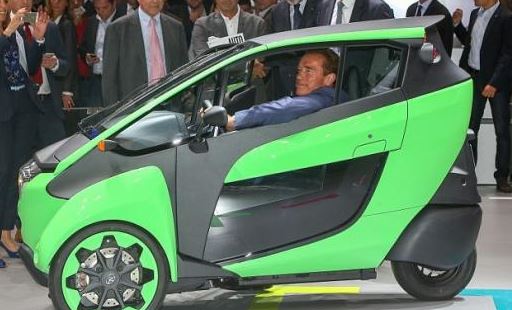 The Toyota i-Road Concept driven here by Arnold Schwarzenegger was first launched at the 2013 Geneva Motor Show, the model becoming a constant presence at all major automotive events. 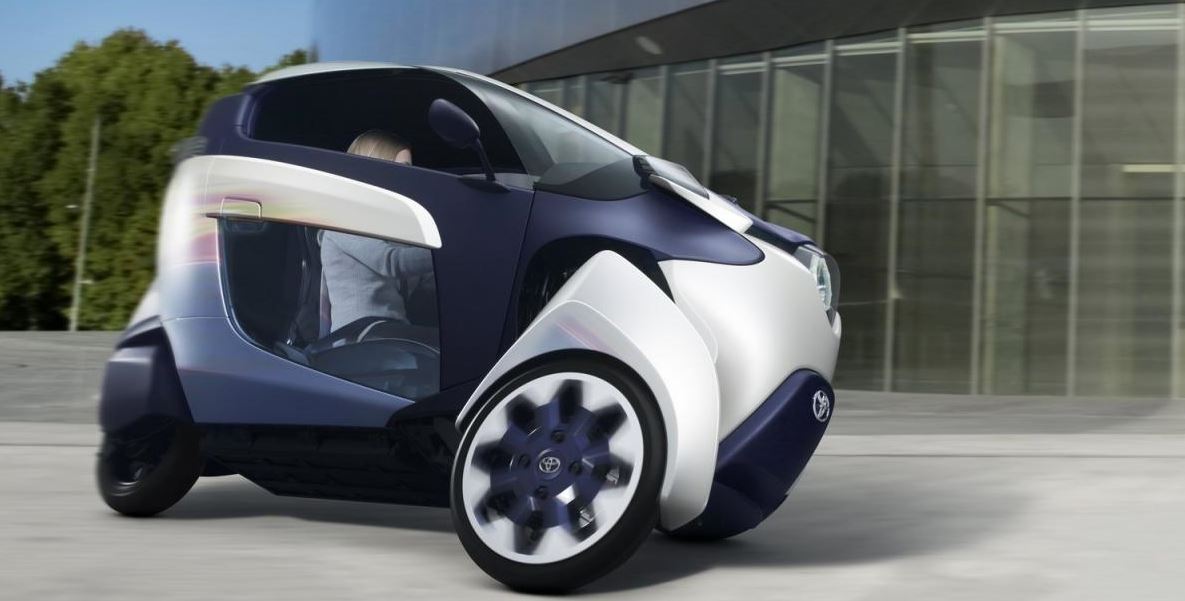 The i-Road Concept is taking its power from two electric motors, each one mounted on the front wheels, hooked to a lithium-ion battery.