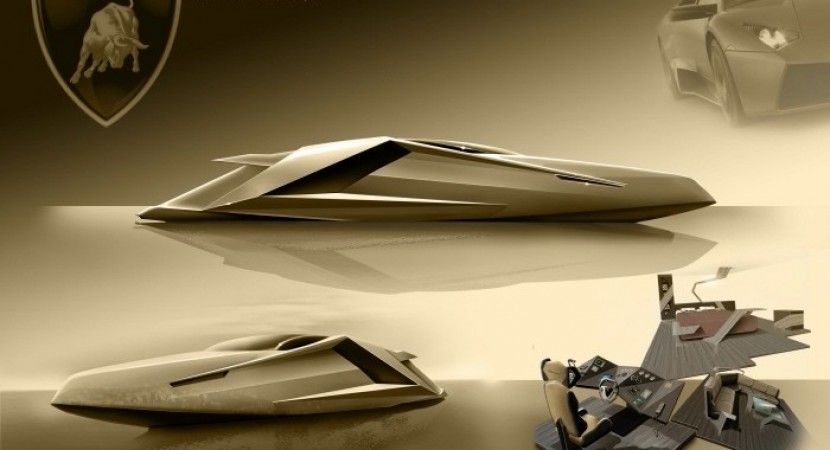 I don’t really know what’s going on lately, but it seems that water going efforts are creeping into the world of carmakers. After we first saw a Mercedes boat and more recently a BMW one, we can now see a Lamborghini one that’s “equipped” by Fenice Milano.

In fairness, this latest yacht, isn’t actually a creation of somebody actually related to Lamborghini, even though the parent company Audi would like a shot at the rivals.

The boat in itself is an older creation of a designer called Mauro Lecchi from about a year ago. The difference about this one is in how the Lamborghini yacht has been redesigned to accept all of the practicality needed by a real production version.

Another thing that’s different is to be found in the interior which is now designed by a tuner with slightly odd taste, Fenice Milano.

When the Lamborghini yacht actually comes to life, it will undoubtably have a great look and a length of 50 feet.

Apart from this sort of attributes the Lamborghini yacht has another main selling point within the power it has. There’s a lot of choice starting with two V12s from Motori Marini Lamborghini that develop some 550 horsepower. Apparently if you want to go for the same power feel that Lamborghini kick in the back your engine choice must come from the twin 950 horsepower Seatek turbodiesels.

I don’t know what to say but I reckon it’s a marriage made in heaven, a showoff name and a showoff tuner in a vehicle that’s created simply for showing off.