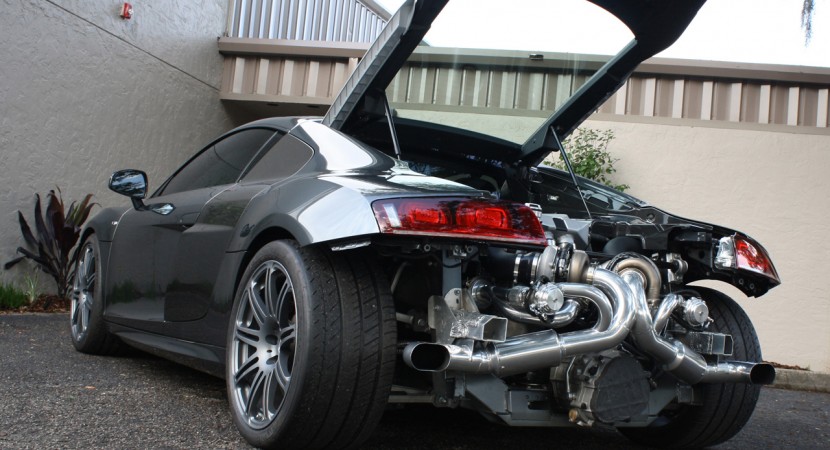 I don’t really know why, but Audi’s R8 is tuning darling, and the V10 version is clearly in the top ranks. 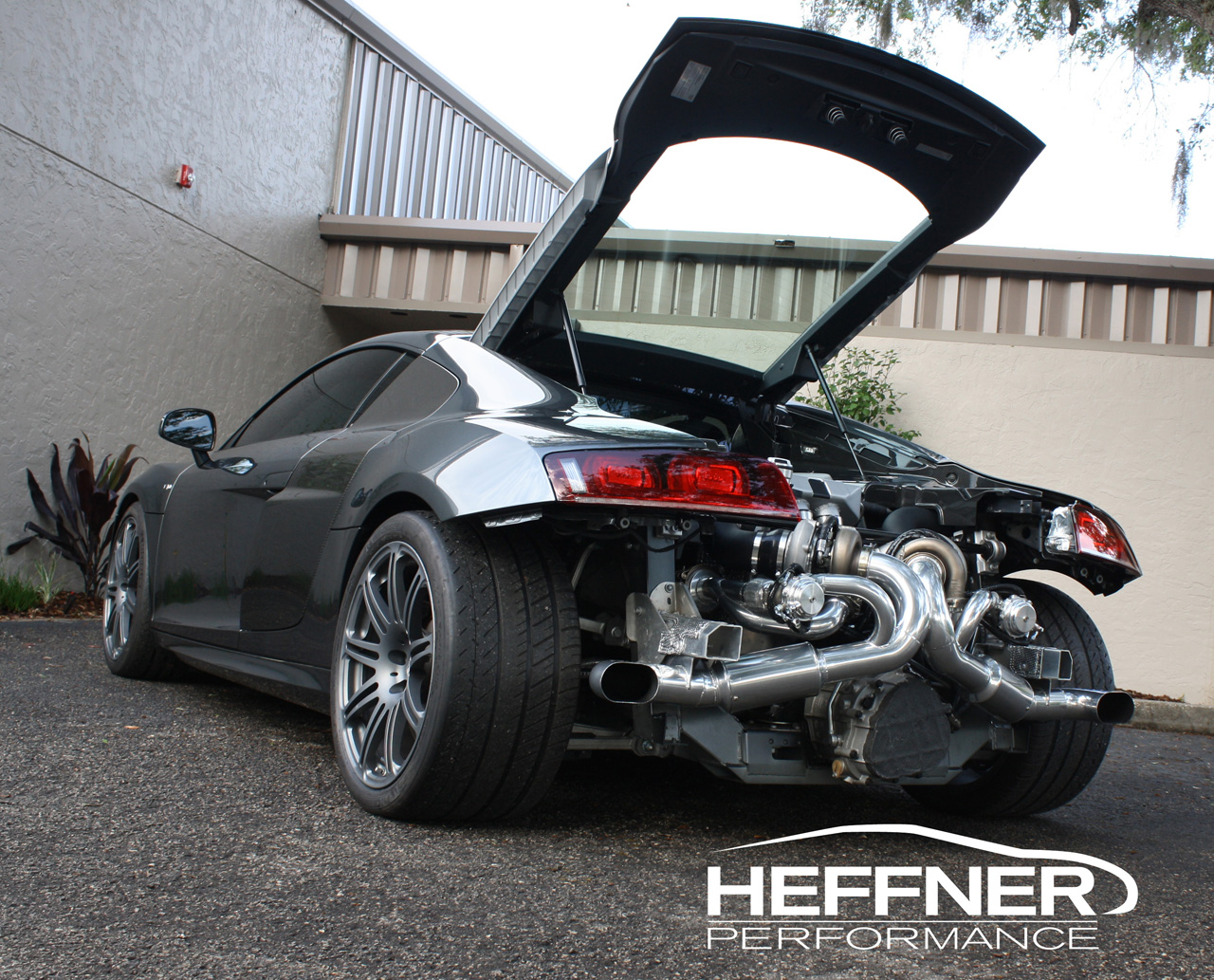 It’s probably because of the same class feel as the Porsche 911, another tuner magnet, but either way, this here Ingolstadt made V10 really shines.

Claiming some people just don’t know how and why to have fun with “only” 525 horsepower like you get on the standard Audi R8 V10, the services of a twin-turbo system were employed. 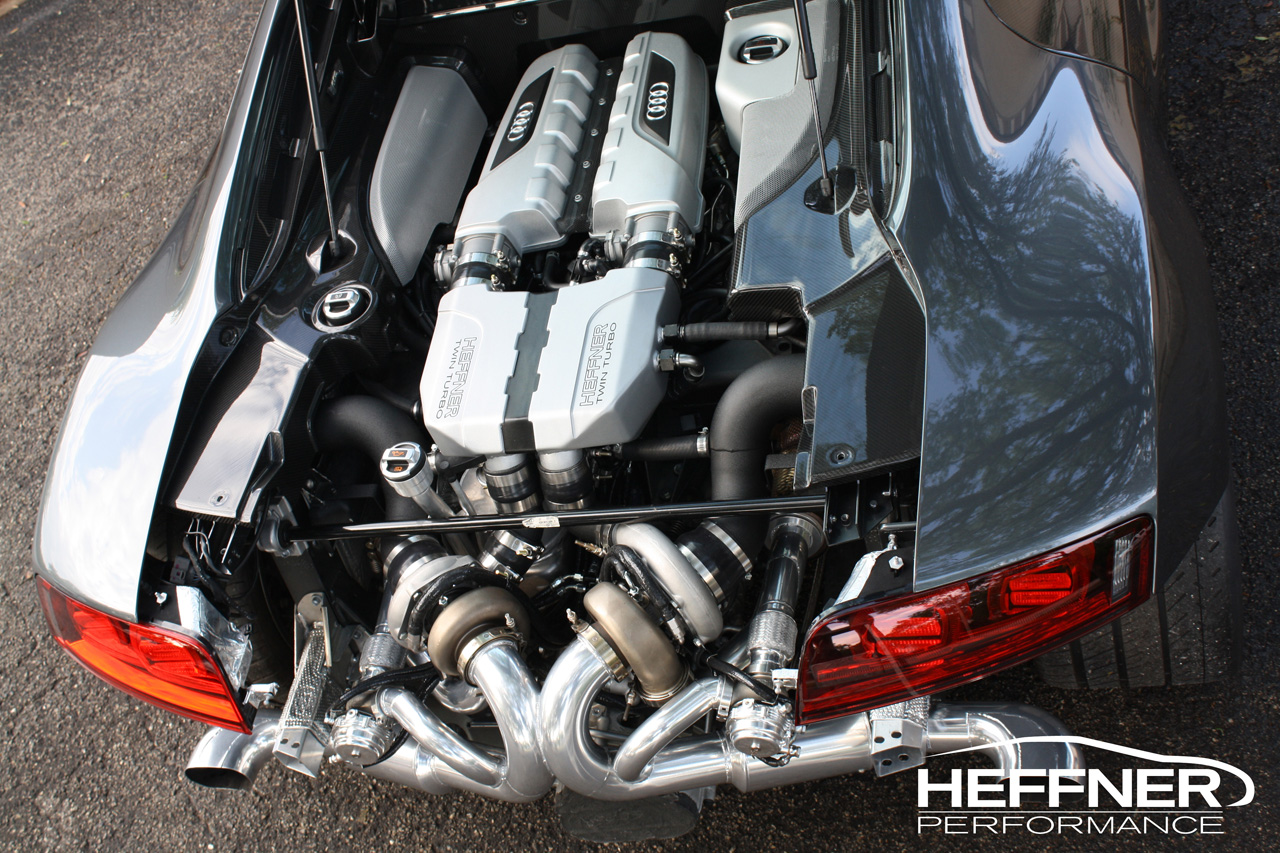 The optimist tuner this time is called Heffner Performance and the figures they are claiming on behalf of the monster they created speak only about performance.

The kit is actually a couple of immense Garrett turbochargers that were stuck into the R8’s rear-end but Heffner didn’t fool around and did the job properly. 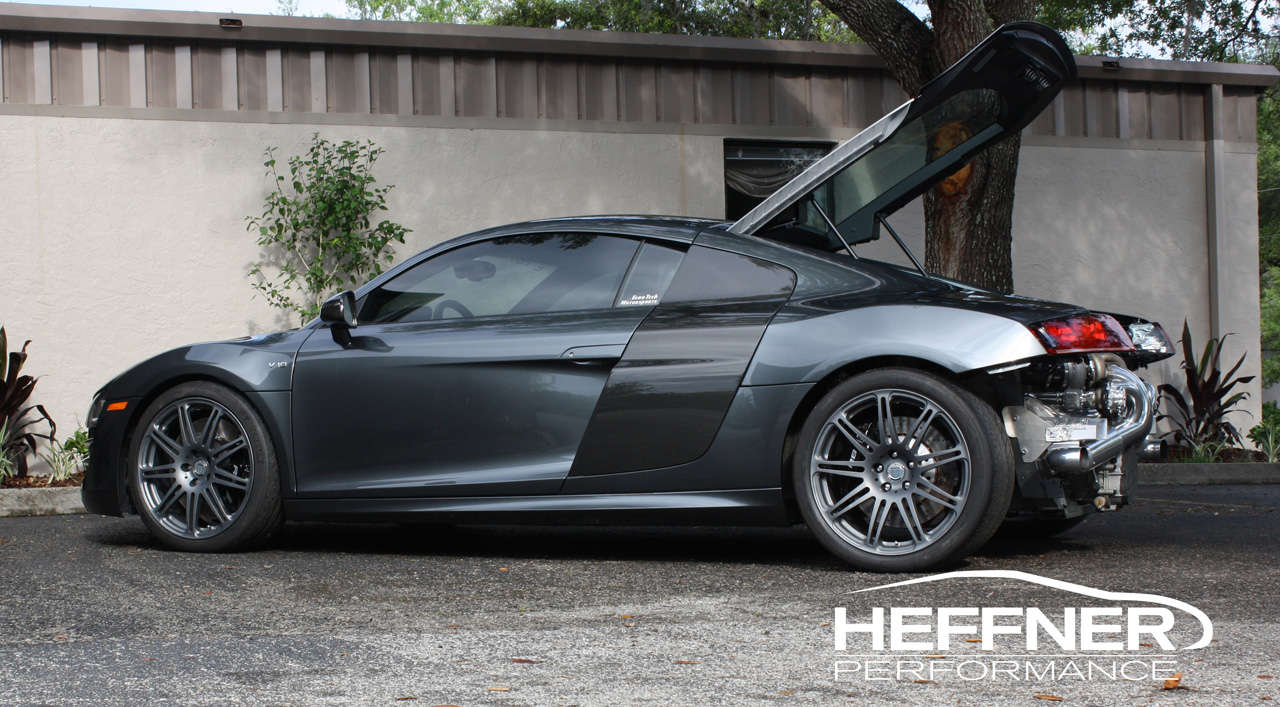 End results for the Heffner Twin-Turbo Audi R8 V10 bring the horsepower count all the way up to 725, that’s a couple hundred on top of what the Germans normally give you.

Not missing the opportunity to brag about this slightly more, Heffner claim that this performance figure is measured at the wheels of the car and not the flywheel as most manufacturers do nowadays.