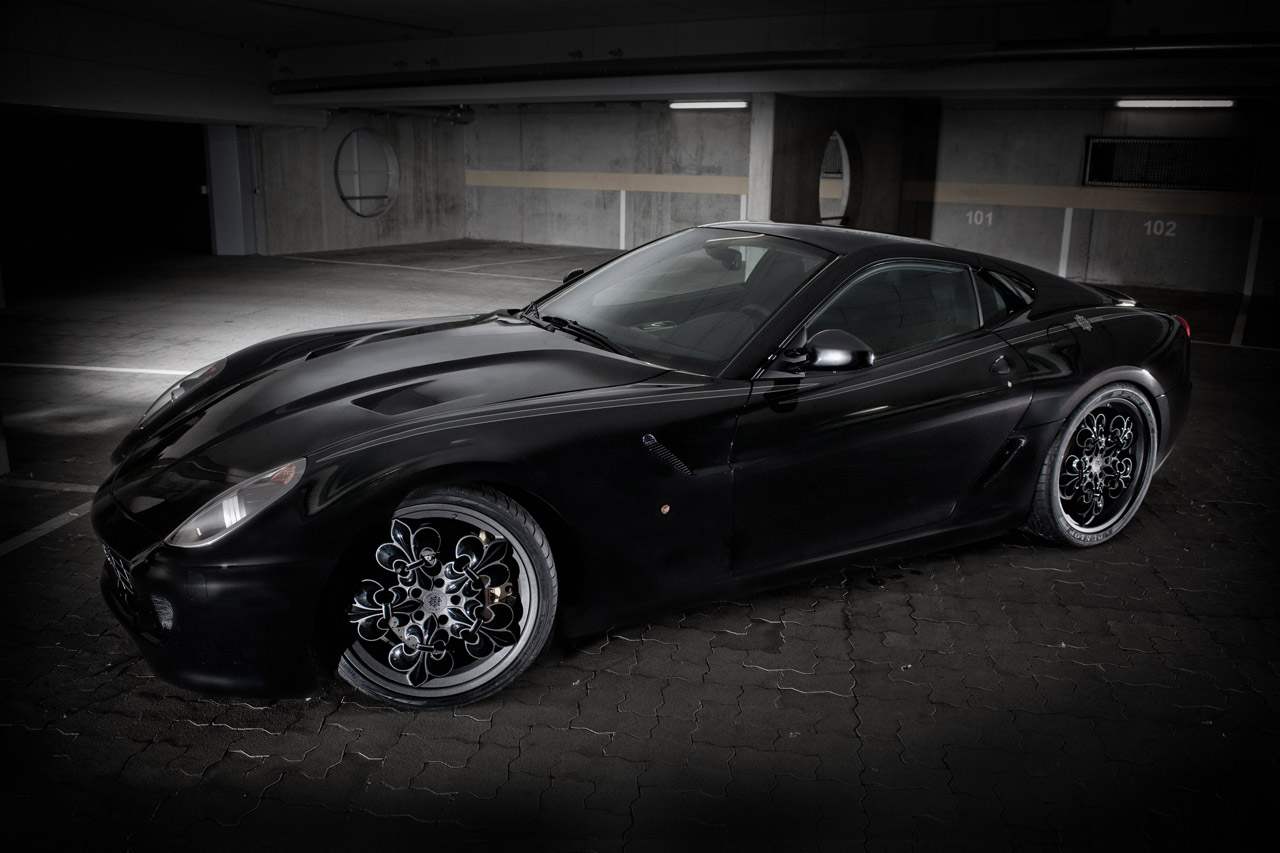 Someday it seems that there’s just no end to what tuning companies can do. If they’re German, their unthinkable designs seem that much crazier.

This is par for the course in the case of Graf Wecerle’s Ferrari 599 Comte Noir edition.

Firstly, they used a 599 as a base car. When you try and improve such a thing you must have something going for you.

Secondly, Graf Weckerle is a German tuner, so expect something so over the top it’s unbelievable.

The Ferrari 599 Comte Noir edition, that’s French for “black count”, has now been given a few tweaks to its 6 liter V12 engine, enough of them put together to bump the output figure to 835 horsepower. As some sort of comic book hero once said, power is nothing without control so the Graf Weckerle 599 has a new coilover suspension setup and a set of adjustable shocks. No word on exactly how the new power figures have been achieved, who makes the suspension system or if the braking system has been changed.

The area where there’s a lot more detail in both actuality and the press release is the wheel department. As you can see, these are the most finely crafted and easily rememberable set ever to be made. These wheels are forged from aluminum and titanium together and after the machining is done they get a two-tone anthracite and black paint finish.

All of the excitement does come at a cost in regards to the wheels, each set takes some 20 days to make.

There’s no price listing for the Ferrari 599 Comte Noir but somehow I have a feeling it’s one of those things where if you have to ask, you can’t afford it.