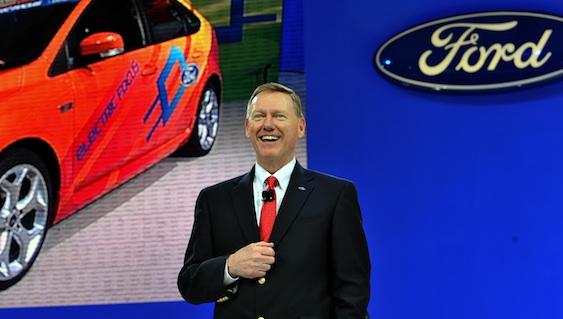 Mulally stated that Ford will have a “solidly” profitable result coming out of 2010 and that 2011 will bring along a “continuing improvement”.

If I were a Ford shareholder I’d be feeling pretty good about myself, if I were an investor but not of Ford Motor Company, then i’d know where my next batch of stocks would be bought from.

It’s not all bells and whistles as this speech mentioned that the recent downfall of the industry, the near-term economic and operating pressures that the company faced to get this far and, of course, will still have to face in order to continue on their route towards overall success.

Alan Mulally, aged 64, has been at the leadership of Ford Motor Company since 2006 and Chairman Bill Ford stated that the company would like Mulally to occupy his current position as long as he wants.

As befits investors, words don’t account for much and therefore Mulally’s speech is backed by four consecutive profitable quarters for Ford.

Saab is launching a leasing campaign for the U.S.