Volkswagen Jetta TDI Value Edition debuts in the US 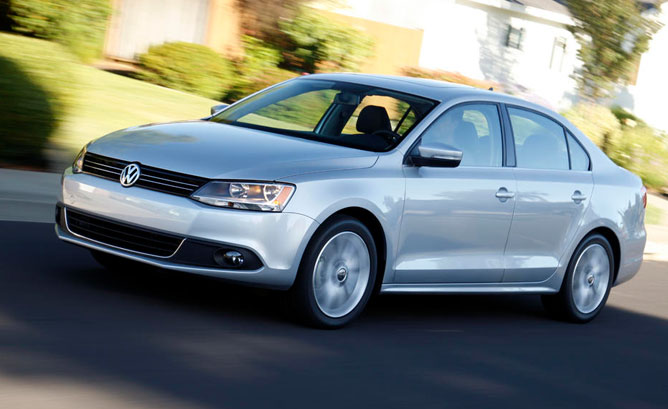 According to the carmaker, the model starts at $21,995 and is based on the entry-level S model. Power is offered by a 2.0-liter TDI four-cylinder engine with highway fuel economy figures of 5,6 liters/100 km or 42 mpg US.

These figures are available for the six-speed manual transmission while the DSG automatic counterpart will cost $1,100 more.

Sadly, we got no official pictures for the new Jetta TDI Value Edition but we are told that it is $2,330 cheaper than the TDI Clean Diesel version. More details and probably official images will be released soon by the Germans at Volkswagen.

1968 Shelby GT500KR Convertible up for grabs