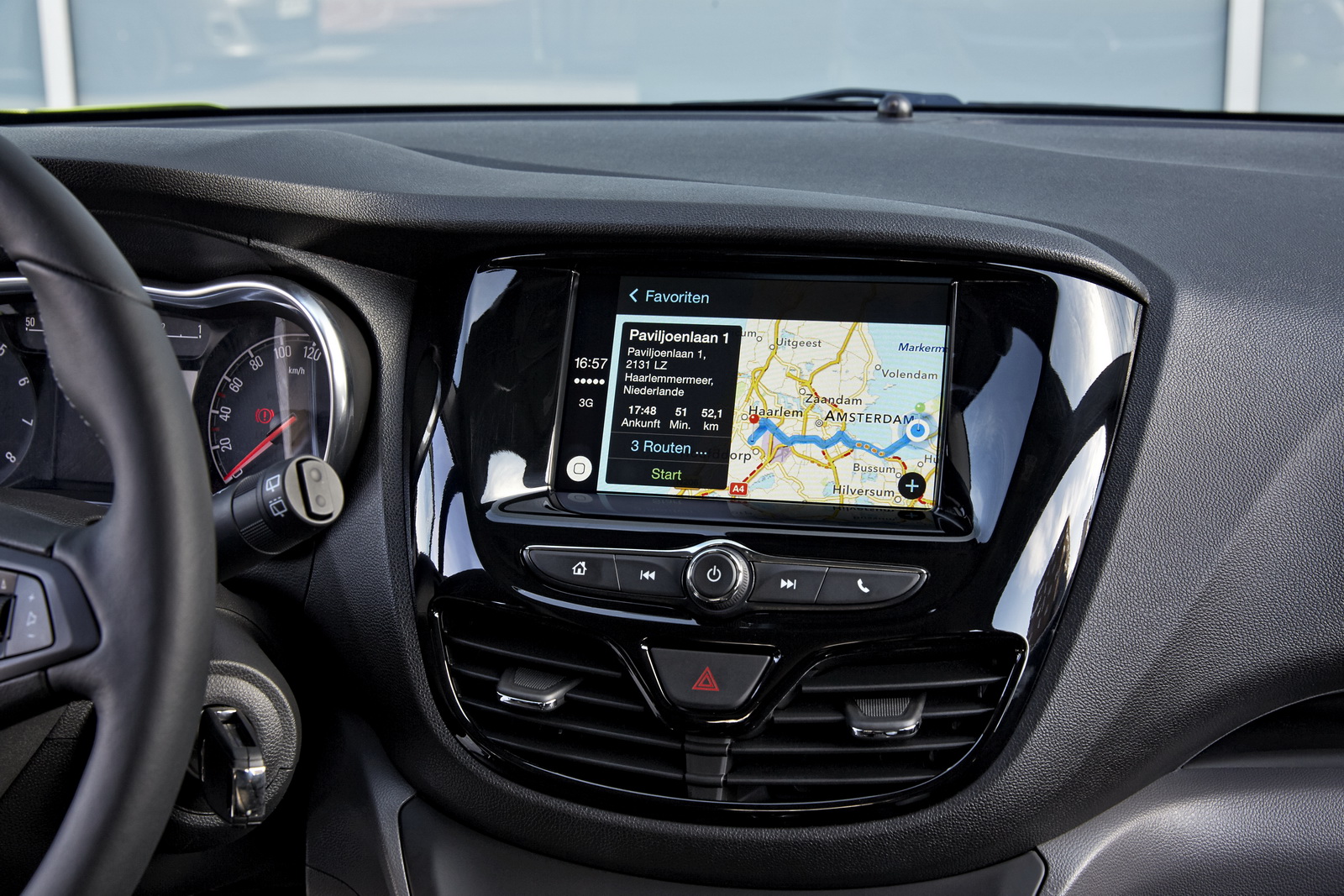 Good news for Opel Karl`s fans, as the smallest car from the German based carmaker is now available on the market with the IntelliLink and OnStart technologies.

We are talking here about the R4.0 IntelliLink compatible with Apple CarPlay and Android Auto and available with Android 5.0 Lollipop and Apple iOS 7.1 devices, while the OnStar system comes with free of charge internet for the first 12 months.

The IntelliLink is available from 350 euros, while the OnStar system can be had from 490 euros as well, adding the full apps list for both Android Auto as well as Apple CarPlay.

The Opel Karl uses an infotainment system that connects your smartphone to its 7-inch display, allowing phone calls by voice commands or touch screen, via Siri system.

The systems also come with the most important apps, like Google Map, Apple Maps, or WhatsApp and Skype services which can be accessed without affecting the driver`s capabilities on the road.

Under the hood, the all-new Opel Karl comes with a wide engines with three- and four-cylinder engines, including the 1.0-liter three-cylinder turbocharged with 115 horsepower and 166 Nm of torque. The model costs 9,500 euros in Germany.